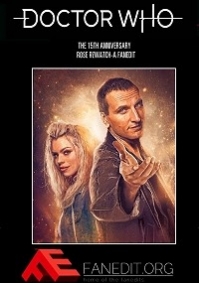 Doctor Who: The 15th Anniversary 'Rose' Rewatch - A Fanedit Featured
0.0 (0)
FanMix March 27, 2020   256   0   1   0   0
Faneditor Name:
Zarius
Original Movie Title:
Doctor Who
Franchise:
Doctor Who
Fanedit Type:
FanMix
Fanedit Release Date:
March 2020
Fanedit Running Time:
41
Brief Synopsis:
Uncertain times, but you can still count on a Doctor to sort you out, a Relive the trip of a lifetime with this special edition fanedit of 'Rose'. This edit makes use of shots and sequences from the 2005 TV Spot “The Trip of A Lifetime”, there's also a brand new ending.
Read more Read reviews 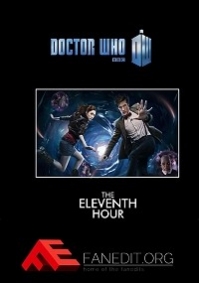 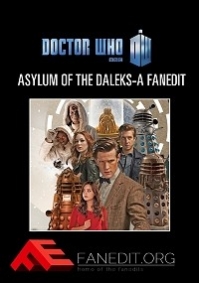 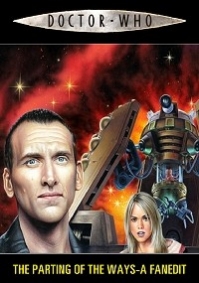 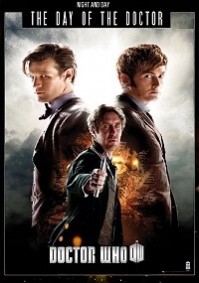 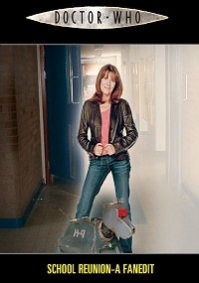 Doctor Who: School Reunion - A Fanedit
0.0 (0)
Shorts September 21, 2019   336   0   1   0   0
Faneditor Name:
Zarius
Original Movie Title:
Franchise:
Doctor Who
Fanedit Type:
Shorts
Fanedit Release Date:
September 2019
Fanedit Running Time:
35
Brief Synopsis:
School Reunion is the perfect marriage of Classic and New Who, paving the way for the future mega-hit that was the Sarah Jane Adventures, and giving us emotional closure between The Doctor and the best of his companions (besides Ace) intrepid journalist Sarah Jane Smith.

Count me among the hopeless romantics who don’t feel the show loses a step if The Doctor gets involved romantically with a companion….provided it’s done right…which, frankly, it seldom ever is. It only works in retrospect, and many a time, it works with companions that the writers aren’t forcing into a relationship with the time lord. Donna, Jo, Sarah Jane, they’re remembered fondly in this way because they earned their closeness with The Doctor, because they either complimented him or took him to task, meaning well and looking out for him in the process. These companions were there for him as friends and equals first, and that’s what drew us to them, and it’s also what drew The Doctor to them in the end also.

So when Ten said goodbye to Sarah, I refused to accept he was putting him behind her, and the ongoing saga at the time vindicated that belief as they would meet several more time, with each instance we gained a little more insight into Sarah’s thoughts and feelings towards the man as she built a life without him. In my headcanon, long past the unfortunate end of SJA, a very much alive Sarah is visited upon one more time by The Doctor, revisiting the face of his tenth or seventh incarnation, and they elope, ultimately conceiving the young lady we see recruiting Kate Winslet and the lady off Ever Decreasing Circus against Nazi Eldritch and supercomputer Behemoth in Dark Season

Oh, wait, you’ve never heard of that? Google it, it can also be found on Youtube. If you still haven’t seen it, you haven’t been born yet. 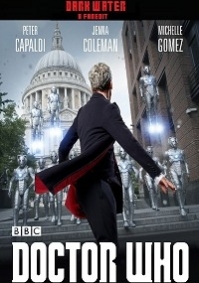 Doctor Who: Dark Water - A Fanedit
0.0 (0)
Shorts September 12, 2019   318   0   1   0   0
Faneditor Name:
Zarius
Original Movie Title:
Doctor Who
Franchise:
Doctor Who
Fanedit Type:
Shorts
Fanedit Release Date:
September 2019
Fanedit Running Time:
35
Brief Synopsis:
Not exactly the edit you're expecting. This isn't a Dark Water/Death In Heaven combo, frankly I find Death In Heaven rather droll as a concluding half, it's not exactly a resoundingly upbeat climax either.

With Clara and Doc giving in to their lies, Missy killing Osgood, and the Brig being given the ol' 'Telos Special', if Kate had died maybe it would a wee bit more memorably bleak but overall it's a dud and I would much rather fix it's first part...that, or the very least muck about with it as much as possible without care or consideration for the second half.
Read more Read reviews 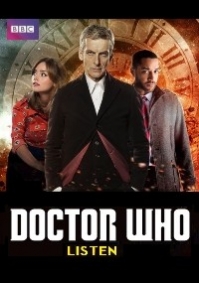 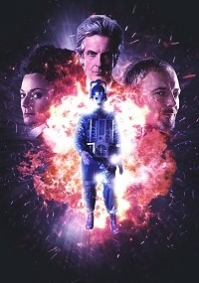 Doctor Who: World Enough & Time
10.0 (1)
FanFix November 27, 2018   2956   0   1   0   1
Faneditor Name:
Zarius
Original Movie Title:
Doctor Who
Franchise:
Doctor Who
Fanedit Type:
FanFix
Fanedit Release Date:
December 2018
Fanedit Running Time:
94
Available in HD?
Yes
Brief Synopsis:
It's 2017, and Peter Capaldi's time as The Doctor is up. Determined to perform one last defiant act of kindness, the good man makes his journey into night battling the forces of the Mondassian Cybermen, a battle which brings him to death's door. On the brink of death he is saved by his loyal companion Bill Potts and brought to the safety of the TARDIS. Bill heads off on her own journey, leaving The Doctor to experience the miracle of the time lords...

...Or rather would have if Chris Chibnall hadn't been a sodding diva and opted not to start his run with a christmas special, forcing Steven Moffat to helm one more special which just about disgraced and sullied the memory of William Hartnell, undermined the conclusion to Bill's story and dragged out a regeneration with a speech that seemingly went on forever before Capaldi let the part go.
Read more Read reviews 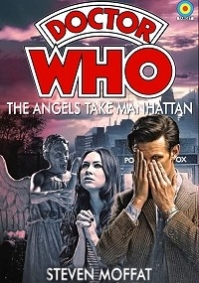 Doctor Who - The Angels Take Manhattan: The Last Page Featured
0.0 (0)
FanMix September 26, 2018   1866   0   1   0   0
Faneditor Name:
Zarius
Original Movie Title:
Doctor Who
Franchise:
Doctor Who
Fanedit Type:
FanMix
Fanedit Release Date:
September 2018
Fanedit Running Time:
35
Brief Synopsis:
What if Amy and Rory weren't zapped back in time? Find out in this special fanmix which sees Amy and Rory reflect on their adventures with the Doctor and must decide once and for all if the monsters are all worth it. Once you know what's coming, it's written in stone.
Read more Read reviews 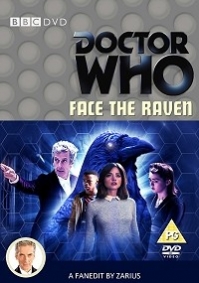 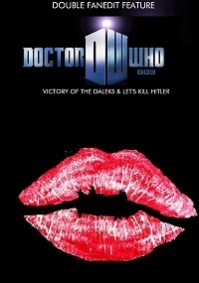 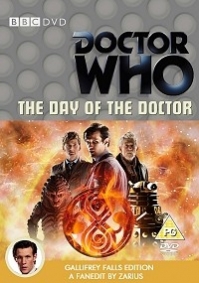 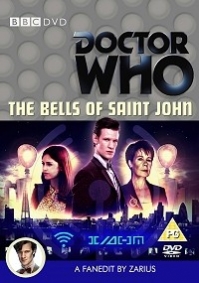 Doctor Who - The Bells of Saint John: Page One Edit Featured
0.0 (0)
FanMix April 30, 2018   963   0   1   0   0
Faneditor Name:
Zarius
Original Movie Title:
Doctor Who
Franchise:
Doctor Who
Fanedit Type:
FanMix
Fanedit Release Date:
May 2018
Fanedit Running Time:
49
Brief Synopsis:
Think of this one as the "Page One Edit", named so because we get to find out just what "page one" and that whole deal with the leaf was all about before the episode ends, rather than wait for a filler pre-titles when you reach Rings of Akaten.
Read more Read reviews 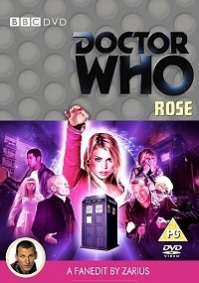 Doctor Who: Rose - Eight to Nine Edition Featured
0.0 (0)
FanMix March 11, 2018   1280   0   1   0   0
Faneditor Name:
Zarius
Original Movie Title:
Doctor Who
Franchise:
Doctor Who
Fanedit Type:
FanMix
Fanedit Release Date:
March 2018
Fanedit Running Time:
48
Available in HD?
Yes
Brief Synopsis:
The Eighth Doctor falls trying to save a life, and is soon given a choice of a new path and a new life...sometime later, that path takes him to Earth and to a young shop worker called Rose, together they come up against the terror of the Autons.
Read more Read reviews 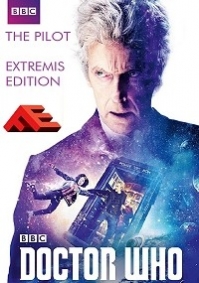 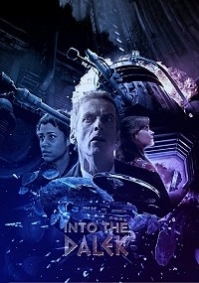 Doctor Who - Deep Into the Dalek Featured
10.0 (1)
FanMix January 06, 2018   1351   0   1   0   0
Faneditor Name:
Zarius
Original Movie Title:
Doctor Who
Franchise:
Doctor Who
Fanedit Type:
FanMix
Fanedit Release Date:
January 2018
Fanedit Running Time:
62
Available in HD?
Yes
Brief Synopsis:
The Doctor, fresh off an adventure fighting killer robots, is left with a burning question and a moral dilemma...can Clara Oswald help him answer it? Or will she hinder him? Is The Doctor a good man?
Read more Read reviews 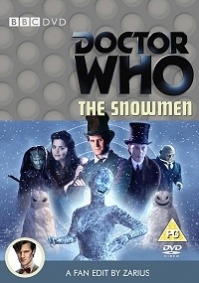 Christmas is coming, and if the Great Intelligence has his way, so is eternal winter. Sentient and savage snow is descending, eager to consume us all, can The Doctor, the Paternoster Gang, and nanny Clara save a family from the merciless lady of the lake?
Read more Read reviews 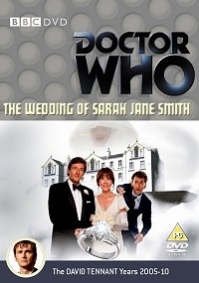 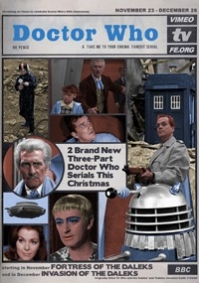 Doctor Who: 'Fortress of the Daleks' and 'Invasion of the Daleks' Featured
9.1 (8)
Special Projects January 24, 2014   3202   0   1   0   0
Faneditor Name:
TM2YC
Original Movie Title:
Franchise:
Doctor Who
Fanedit Type:
Special Projects
Fanedit Release Date:
January 2014
Fanedit Running Time:
128
Awards:
Favorite Edit of the Month Winner
Brief Synopsis:
The two 1965/1966 Peter Cushing 'Dr. Who' films stand apart from the 'Doctor Who' BBC TV show (Of the same period) in several respects. They were in colour, the Doctor was human and the TARDIS was his eccentric "Garden-Shed" invention rather than a time-machine he had stolen from the Timelords. I set out to reverse or omit these elements.
Read more Read reviews 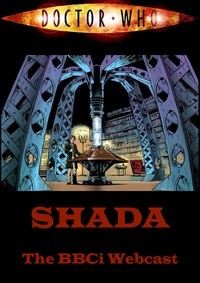 But the Doctor isn't the only visitor to Cambridge. Somewhere in the city is the sinister alien Skagra, who is intent on stealing an ancient and mysterious book brought to Earth by the Professor many years before.

What is Skagra's diabolical master plan? And who or what is the mysterious Shada? To discover the truth, the Doctor and his companions must embark on a perilous journey that will take them from the cloisters of Cambridge to the farthest reaches of deep space, risking deadly encounters with a sentient spaceship, the monstrous Krargs, and an ancient Time Lord criminal call Salyavin. As the Doctor soon discovers, the fate of the universe hangs in the balance.
Read more
21 results - showing 1 - 21
Fanedit.org does not host, provide links to, or sell fanedits. Do NOT contact us for such things. For more information please read our FAQ.
close
Toogle Down