Doctor Who: Dark Water - A Fanedit

Brief Synopsis:
Not exactly the edit you're expecting. This isn't a Dark Water/Death In Heaven combo, frankly I find Death In Heaven rather droll as a concluding half, it's not exactly a resoundingly upbeat climax either.

With Clara and Doc giving in to their lies, Missy killing Osgood, and the Brig being given the ol' 'Telos Special', if Kate had died maybe it would a wee bit more memorably bleak but overall it's a dud and I would much rather fix it's first part...that, or the very least muck about with it as much as possible without care or consideration for the second half.
Intention:
To tighten up the pacing of the episode without delving into needless "Matrix Dataslice" mythology lipservice, Clara blackmailing The Doctor, or bothering with the Missy reveal.
Release Information:
Digital
Cuts and Additions:
I went nuts, reducing the episode to a mere 35 minutes in length. I took out Clara's baffling attempts at treachery to force The Doctor to do her bidding, now she phones him, gets emotional, and Doc wilfully springs into action. We're off to the races, and to 3W, very much immediately. Next cut was Doctor Chang's attempts at grovelling for his life, now Missy kills him as soon as she admits identifying herself as a service droid was a lie.

And lastly, let's toss out the very notion Missy is The Master and maintain her mystery. I always liked Moffat's depiction of her as Guardian of the Nether-sphere, and would have much preferred Missy be a new villain. Say what some will about Chibnall's era of Doctor Who, but he stuck to crafting new threats to plague The Doctor...were they well realised? In this editor's opinion, no, not all of them, but I appreciate the effort. If only Moffat had been brave enough to do the same with Missy, making her a unique and fresh foe for The Doctor, someone he had platonic or romantic connections with in the past, but could be virtually any kind of shape-shifting character besides just a time lady.
Cover art by Zarius (DOWNLOAD HERE) 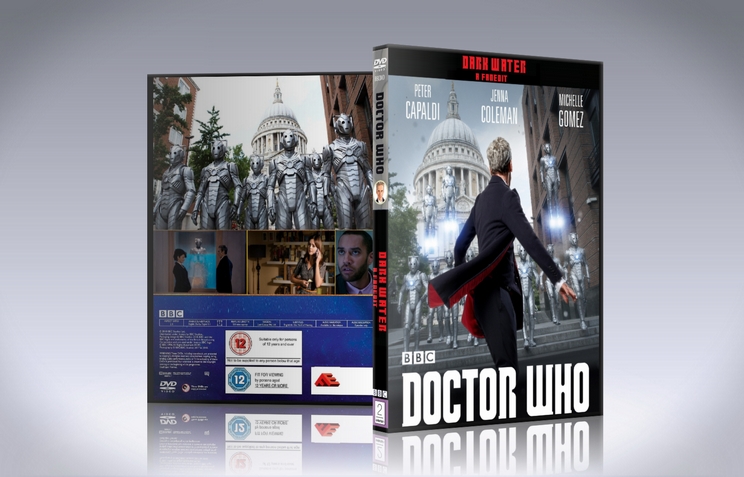