Doctor Who - The Bells of Saint John: Page One Edit

Brief Synopsis:
Think of this one as the "Page One Edit", named so because we get to find out just what "page one" and that whole deal with the leaf was all about before the episode ends, rather than wait for a filler pre-titles when you reach Rings of Akaten.
Intention:
You might think I'm robbing Clara of any and all intrigue by tossing in her origin at the very end of this episode, but not only does her character have very little of that to begin with (as well as any sort of trait to go along with it), I thought it makes for a nice little subversion of the triumphant way the original cut ends, with The Doc having gained a new companion and the thrill of new adventure and mystery on the horizon. Here, he solves the mystery and is utterly perplexed by it. I think that serves as a better ending...don't leave it with the feeling the Doctor WILL get to the bottom of things, point out very clearly that he CAN'T.

A mystery The Doctor can't solve makes us worry, and makes us wonder. That is how you kick off a new series of adventures, that is what we call a jumping on point.
Other Sources:
- Doctor Who "Bells of St. John" prequel mini-sode (DVD set)
Release Information:
Digital
Editing Details:
In addition to the new ending, I've gone in and added the prequel minisode from the series seven DVD as part of the pre-titles. While it's a little too on-the-nose and doesn't add much, I still think it's a nice refresher course if you're not too familiar with this stretch of the series or Clara.

A few scenes have been rearranged too. Clara accessing the wi-fi now comes before the helpless man's ominous warning to the internet community, and I removed the whole talk about the Woman Twice Dead and The Doctor's madness to better transition into him receiving the phone call.
Cover art by Zarius (DOWNLOAD HERE) 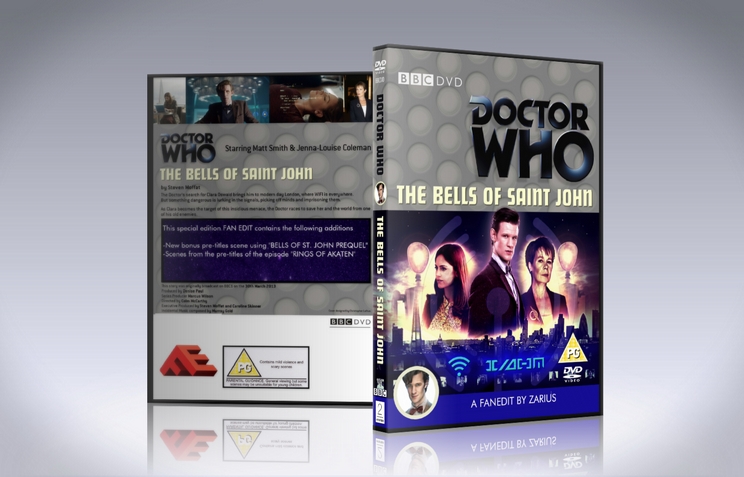