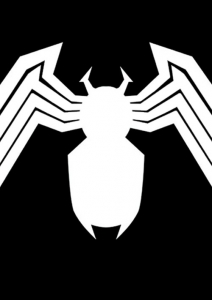 Join the Forum Discussion
Awards:
Favorite Edit of the Month Winner
Tweet
Brief Synopsis:
The 1994 Spider-Man animated series three-parter “The Alien Costume” is recut to play as a single feature. Production errors, poor animation and weak writing are also removed. It’s a classic Spidey story, and it’s even better than you remember!
Intention:
I wanted to present the best possible version of what is easily the definitive telling of Spider-Man's symbiote story.
Other Sources:
Daredevil vs. Spider-Man
Spider-Man Complete Season 1
Special Thanks:
Thanks to Kal-El for viewing and providing feedback.
Release Information
MP4/M4V/MOV
Cuts and Additions:
TV-TO-MOVIE CHANGES

- Replaced season 1 opening with season 3 opening. This version is used for most of the series, and it’s a better, more iconic sequence than the season 1 version.
- Cut opening scene on asteroid. This scene contains opening credits that had to go, as well as badly written dialogue. Cutting the scene gets the story (which is more about Spider-Man than the Promethium X) moving faster.
- Cut repeated footage during space shuttle sequence.
- Cut Peter phoning Aunt May. This moment arrives and ends so quickly that it might as well have been cut. I’ve removed it to make the pacing smoother.
- Cut Rhino’s introduction in apartment. It’s unintentionally humorous to see him waiting by the phone. We’re now introduced to Rhino when he appears on the bridge and is talking to Kingpin via headset.
- Cut Peter looking crazed while watching TV. Peter is understandably upset here, but he shouldn’t look psychotic (especially pre-symbiote).
- Cut line “Yo, Spider-Man’s hiding behind the fire engine” (onlooker). It stretches credibility to have onlookers watch Spider-Man from nearby windows, but not notice him change back to Peter Parker.
- Cut line “You’re not authorized to be here” (guard). Spoken by a guard to Rhino as he breaks into a government repository… kind of goes without saying.
- Other minor changes as needed.

- Trimmed Kingpin meeting buyers. Edited to cut down on the unintelligent thugs to whom Kingpin is inexplicably selling the Promethium X.
- Cut line “Not while this suit makes me stronger and faster than you” (Spider-Man). This line seems like exposition to catch the viewer up from last episode, and it sounds too arrogant following Spidey’s previous scene.
- Cut Brock claiming to hate Spider-Man. Brock’s reason for hating Spider-Man is developed in previous episodes, but I’m trying to make “The Alien Costume” a standalone story, so this had to go.
- Cut Spider-Man using spider sense like a psychic power. Not a natural extension of the “spider powers” concept.
- Cut line “I can see you’re all tied up, so I’ll be on my way” (Spider-Man). A cliché pun that drains tension from the fight sequence.
- Cut Jameson and Spider-Man exiting car together. I cut this because it’s unintentionally humorous to imagine Jameson and Spidey’s awkward car ride.
- Cut line “I’m all shook up” (Shocker). Pun.
- Trimmed battle in church. To improve pacing and remove poor animation.
- Cut repeated footage during battle in church.
- Cut line “Can’t pull the wool over me” (Shocker). Barely a pun.
- Cut Shocker punching through wooden door. A bizarre moment – badly animated, too.
- Trimmed Spider-Man yelling at Shocker. Christopher Daniel Barnes’ delivery makes me laugh, when it’s supposed to sound threatening.
- Reversed shot of Peter looking at Uncle Ben’s portrait. Flows better this way.
- Cut impact sound when Peter is thrown from symbiote. The sound suggests that the church bell knocks Peter out of the symbiote, but I’m pretty sure the symbiote ejects Peter from itself.
- Cut line “No!” (Peter). Unconvincing delivery.
- Cut Peter smiling after symbiote leaves. Looks creepy, doesn’t suit the moment.
- Cut Venom smashing through church wall. Meant to show Venom’s strength, but it’s too much, too soon.
- Other minor changes as needed.

- Recoloured Spider-Man’s suit so it’s red, not pink. Not sure why the colour is off – it’s off for many episodes in the series.
- Cut Venom lecturing Spider-Man on the symbiote’s power. Accompanying CGI clashes with the rest of the show’s look.
- Cut line “You know nothing about us, but we know everything about you” (Venom). Venom’s attempt at intimidation doesn’t work, because what he says just isn’t true – Peter knows the symbiote’s weakness, he knows where Brock used to live, he knows Brock was disgraced and fired from the Bugle, etc.
- Cut close-up of Venom during hallucination. I used this shot elsewhere, and the hallucination flows better without it.
- Cut line “Somewhere, he’s out there – and my spider sense can’t detect him” (Peter). Hammy delivery. This fact is also established earlier.
- Cut repeated footage of Spider-Man and Venom swinging.
- Cut line “This is my chance to ID that wall-crawling rat bag” (Jameson). Spidey just saved Jameson’s son, so this line felt inappropriate. The show's version of Jameson has some heart, and I think he would cut Spidey some slack, at least temporarily.
- Cut Venom mentioning Mary Jane a second time. The show moves from idea to idea at a breakneck pace, so repeating this beat disrupts the rhythm.
- Trimmed Jameson trying to focus camera on Peter’s face. Stretches credibility to have him so inept at operating a camera.
- Cut repeated footage of Venom swinging.
- Cut Spider-Man shooting web when he falls from ledge. The way Venom breaks the web doesn’t seem threatening, especially considering how angry he is.
- Cut line “We’re going to turn out your lights, this party is over” (Venom). This sounds like a really neutered “We’re going to kill you.” Not sure why the show’s writers always had characters referring to fights as parties.
- Cut Venom driving truck to catch up with train. As much as this amuses me, it is perhaps too silly.
- Trimmed Spider-Man webbing Venom in face. Venom looks too passive.
- Cut line “Say aloha!” (Venom). I have no clue why it’s “aloha” instead of “goodbye” – is Brock Hawaiian? Does it have something to do with NASA? I don't know. It’s random and sounds stupid, so I cut it.
- Other minor changes as needed.

I grew up watching the Spider-Man TAS show as a kid. I owned the VHS tape to all 3 episodes and would watch them very often. To see an edit such as this was very interesting to watch and prove that it could have been a straight to video movie! This edit proves that it could have easily been that.

Video: The quality of the video is as best as to the quality that has been released, so no Blu-Ray quality here, although I fully knew what I was into. The nostalgia in me thought it was fine, but it may seem low quality to some due to the dvd quality of the video from a 90s tv show. There are rumors that Spider-Man TAS may come out on Blu-Ray one day, where this edit would definitely be the better for it. Seeing this in full on Blu-Ray remastered quality would be spectacular!

Audio: Once again, the audio is as best as the quality that has been released yet. My feelings for this are the same for video, where a remastered version could one day benefit this great forgotten show hence better this edit!

Editing: I honestly didn't notice any changes since I was enjoying watching this edit too much. There were only a couple places where I noticed since there were some cringy dumb moments here and there in the original where I found that they had disappeared in this edit. Combining the episodes was seamless. Well done!

Narrative: No great immense changes here, but keeping it relatively the same with cuts here and there is truly enjoyable. Well done!

Enjoyment: Overall, this was a great edit where Spider-Man fans who remember watching the cartoon should give this a shot as it portrays the symbiote storyline as it was meant to be!

Video - 720 X 480 AVC. Don't pay attention to the resolution. You won't notice at all. This is an extremely sharp cut. Speaking of which, the cutting is fluid and assured. Original commercial breaks are gone and you don't notice the transitions. A quick glance at the cut-list indicates a number of removals. Again, you do not notice these. This is really fine work.

Audio - 353 kbps AAC. 2 Channel stereo. No subs (ha!). Not much to comment on here. Dialogue is clear, the sound track has limited dynamic range, doubtless source material. As with video aspect, there is nothing jarring or noticeable, such as music ending abruptly with scene change.

Narrative - Being a fix rather than a mix, I expected this to be coherent and it is. To my mind there were too many villains in the cocktail, overkill to be sure. Fun, and as others have noted, nostalgic.

Enjoyment - I got this by accident. I desired PE's Bond short from the other site, but Spidey came instead. (per comments on OT and Reddit, the other site is neglected.) Not to fear, this was a pleasant surprise, and an enjoyable view. I also believe Problem Eliminator sets a good example. Fledgling editors - and PE is a respected and seasoned editor - would be well advised to tackle animation rather than a three hour opus.
This edit is a perfect length, and a wonderful introduction to the original series.

Man I loved this show as a kid and The Venom Saga was always the best storyline. So to see it edited together so seamlessly with just minor edits made it truly awesome. It still has the same charm and engaging story as before, just more focused and made to feel like a direct-to-video movie. Also, just watching it makes you go 'huh, THIS is what Spider-Man 3 (with Tobey Maguire) SHOULD HAVE BEEN!'. Well, for me it now is! In my collection my 2000s Spider-Man movie series goes: Spider-Man, Spider-Man 2, Spider-Man: The Alien Costume Recut. Well done, Problem Eliminator!

As a kid I had the "official" edit of this on VHS, it was called "The Venom Saga". This particular edit did many different things in comparison while tightening the pace and minimizing the cheese. While there are some things I miss the cheese (who does not love Venom at the wheel of a truck?), this edit gives the stakes more dramatic significence. A great treat, all it needs now is inserted into an edition of Live and Kicking

this is a fantastic bit of nostalgia. i loved the show back in the day and the removal of the corny-kid dialog and wtf moments (Venom in the pickup truck) did well to elevate it to now, as much as this show can be elevated. audio and video is as good as it gets and there are no detectable cuts, you all know the bits. all the standard television transitions are gone, it is one long narrative. you gotta have a good idea of who everyone is already because there is no introduction given to anyone, but its a great way to revisit this series with one of the best stores. (spider slayers? screw those episodes.)

Do you recommend this edit?
Yes
Format Watched?
MP4/AVI/etc. (SD)
Comments (0)
Was this review helpful to you?
View all user reviews
Fanedit.org does not host, provide links to, or sell fanedits. Do NOT contact us for such things. For more information please read our FAQ.
close
Toogle Down