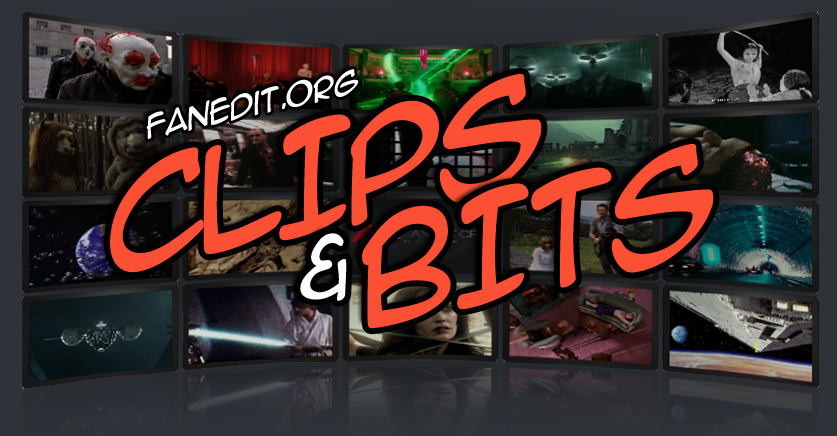 A recurring feature at FE: a roundup of video essays and fanedit in-the-works video clips. It is a collection of video essays old and new as well as the latest work being done by our talented faneditors here on the site.

Let’s begin with a great video from the ‘Lessons from the Screenplay‘ channel about the fantastic film Nightcrawler. It’s really about separating empathy from sympathy, and how the viewer can empathize with a character who makes decisions they disagree with. Nightcrawler takes this to the extreme as you can understand the motivation for literally everything Lou Bloom does while also finding his actions reprehensible. I thought this film was a masterpiece and also did not want to revisit anytime soon after. It makes a very real point about ourselves and it is not comfortable or pretty.

Next up is a very well-produced video essay from Fandor. It’s about the Turing Test Alex Garland is playing with the audience, as well as some of the visual language used to this end. One of my favorite things about Ex Machina is that it can be read as posing questions about hard science, technology and intelligence, it can be read as posing questions about human empathy, or perhaps that the two (intelligence and empathy) are not so mutually exclusive. Wonderful performances from all three leads. The video also gets into the Bechdel test and what the film is saying about women, more specifically women in film.

Ivana Brehas put together a nice comparison video essay last summer comparing the film Gone Girl with the Euripedes’ Greek tragedy, Medea. Ivana put together some very nice montages to underscore her points. She not only discusses plot similarities, but character and emotional similarities, making for a rich comparison. Gone Girl was very compelling to me. I thought it was extremely well put together and far exceeded the quality of the book. Ivana uses specific lines from Medea, along with her analysis over complementary shots from Gone Girl. I thought this was very interesting and very well done.

For lovers of Firefly and Serenity like me, we all love it for its blending of the western and science fiction genres. The channel Digging Deeper did a video back in 2015 exploring the genre stereotypes and visual language, and how Joss Whedon played with them. Being a much bigger sci-fi fan, I personally enjoyed the genre bending but probably did not appreciate how much western stereotypes influenced these characters. I found the editing engaging and the content informative.

Zackery Ramos-Taylor (who also did the great videos with the sounds of the films nominated for sound design and editing Oscars last year) made a nice video about acting. It’s something I personally tend not to appreciate as much as writing and technical artistry. We all appreciate big performances, emotions and moments, but I do not give actors enough credit for the smaller, subtler movements that help embody character. This video is a nice breakdown of the acting by Michael Fassbender and Katherine Waterston in a scene from Steve Jobs, which gets into how the actors use movement to inform character. It’s partly why (beyond sharp Sorkin dialogue) I found so many scenes in this film of just people talking to be so engaging. Danny Boyle also deserves a ton of credit for that, though. 🙂

Moving on to in-the-works fanedits on our site, we’ve got some videos to show off the fine work of our editors. First, we have TMBTM, nearing completion of his Prometheus fanedit, Alien LV-426. It’s his first edit in HD and it looks great. He’s done some new FX work, including making the Engineer the same one from Alien. Here’s a gorgeous new teaser, showing how great this film looks in black and white:

Check out the project thread here.

Next we have a nearly completed FanFix of Shipwrecked by DigiModification called The Adventures of Hakon Hakonsen. He’s cut the gorilla from the island and used a PAL disc as the NTSC version is only in 4:3, then sharpened the image. So we’ll end up with a hokey scene gone and a widescreen picture with a little more crispness. Here’s the new intro:

You can find the project thread here.

Last we’ll take a look at a fanedit that has been in the works since the Kennedy assassination, I believe. Maybe Franz Ferdinand, I’m not sure. TVs Frink‘s Star Wars Episode 3: The Revenge of the Ridiculousness looks to be just as fun as the first two episodes. The project thread is always fun to catch up on, there’s lots of great collaboration and ideas happening. One thing I admire about Frink is his openness to new ideas and takes while still captaining the ship of his edit. There’s always some fun brainstorming or FX work fun going on in the thread. Here’s a fun Itchy and Scratchy cutscene:

And here’s a hilarious version of the Padawan slaughter aftermath scene:

Stay tuned for the next Mashup Roundup coming soon!

Mission: Impossible 2 - The Spence Edit
9.8
S siuse
"As spence made very clear in his thread, this movie..."
Passengers: Aurora
9.9
P peanuts
"Very well done edit, restructuring the story really well, made..."
Licence to Kill: Recut
10.0
P pb
"Can I get a copy digitally? Dm me please thank..."
Body Heat: Extended Edition
10.0
H hnahini
"This edit of Body Heat is just awesome! I actually..."
Black Panther: Wakanda Forever
10.0
G goatmonger
"I really enjoyed this, as it fixed a lot of..."