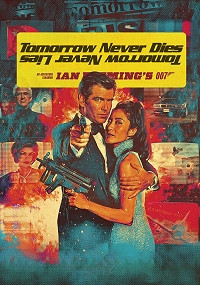 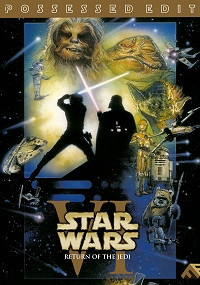 Star Wars – Return of the Jedi: Possessed by Possessed

Return of the Jedi: Possessed is edited to be closer in tone and pacing to the classic Episodes IV and V. The story beats and plot are all the same, but it is less silly, campy, and cheesy. 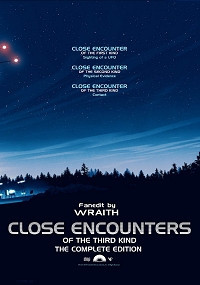 Close Encounters of the Third Kind: The Complete Edition by Wraith

Close Encounter exists in 3 versions. The Theatrical Cut 133 min, The Special Edition, 138 min and the Director’s Cut 135 min. All have varied combinations of scenes, some unique to one version. This edit brings them all material together AND fixes the awful blu ray grading which dialled back the intense lighting of the last 20 minutes which flooded theatres and made you feel you were there. This has been fixed. 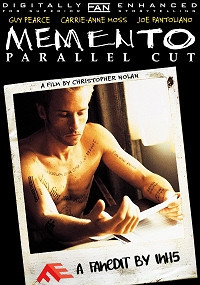 Leonard wakes up in a motel room and receives a phone call. 5 hours later, Leonard pulls up to a tattoo parlor with information that could enable him to finally track down John G and get revenge. The two plotlines proceed chronologically in parallel until they both culminate in a shocking conclusion.

Halloween 5: The Haddonfield Harvest
10.0
C codyruss95
"coool"
Moonraker: The LS Cut
9.6
T thefilmsociety
"It is good for a die hard bond fan like..."
Split Unbreakable Glass
9.8
V vaderdarthvader
"I really enjoyed this edit. Per..."
Child's Play: The Don Mancini Cut
10.0
G gamekill
"Well how can I say it.. this edit just became..."
Rambo - A Warrior's Journey
10.0
D drvrjon
"if you like the Rambo series of movies then you..."