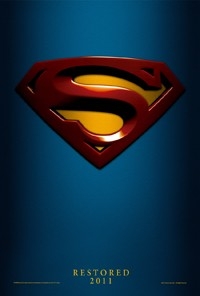 Join the Forum Discussion
Tweet
Brief Synopsis:
This edit allow you to more strongly connect with Superman/Clark Kent and understand him more throughout his emotional journey.
Intention:
This project originally started as a long planned SUPERMAN: THE DEFINITIVE CUT which was to combine Superman: The Movie and Superman II into one film respectively. I wasn’t content with how it was coming along and decided to abandon it in favour of attempting to “fix” what I saw were inherit problems with Superman Returns.

I was already aware of the mountain of material that was not included in the theatrical release including the return to Krypton sequence as well as all the other deleted scenes on DVD. However, there are still missing elements that have yet to be released including the original opening of the film which began in a movie theatre with Tristan Lake Lebeau’s voice over, similar to the text prologue that exists now, featuring clips from Superman: The Movie. This would have segwayed into the reveal of Krypton, the opening titles and the crystal ship. Also still missing is a scene involving Clark Kent running down the alley ripping open his shirt only to discover that he isn’t wearing the red and blue underneath and is forced to return to the Daily Planet closet to change. Yes, this is the often talked about scene of Superman “coming out of the closet”. A shot of it does exist on the Superman documentary by Ken Burns but there is hardly enough material to restore that sequence with any sense of dramatic flow. In the end, they decided to digitally superimpose the shield over his chest negating the need for these shots.

My goal with this version of the film was to make as many, if not all, of the alterations as smooth and unnoticeable as possible. I can’t say that the film runs any faster or is more intense than what was released.

Unfortunately after putting this version together I came to the conclusion that the filmmakers had, right or wrong, set out to tell a very bloated and laborous story that is almost impossible to get around without excising massive amounts of story material which exist to create the overall structure. What I can say is that this version does allow you to more strongly connect with Superman/Clark Kent and understand him more throughout his emotional journey.

Bangup job on the edit, but if I could change one thing, I’d have tweaked the opening a bit. Something like this:
http://www.youtube.com/watch?v=7LCGnaSURGc

blending the opening exploration sequence into the title sequence, ending when he crash lands back on Earth. I’m sure it would’ve been a big hassle, but I really like the effect.

Superman Returns, the lightening rod of Superman movies. Love it or hate, there are few who exist in-between when it comes to Bryan Singer’s ode to the Donner/Reeve Superman movies. The thing I find most fascinating about the reaction to this film is that both sides tend to site the same factors as being either the movie’s strengths, or weaknesses; in the most broad terms it’s a sequel, reboot and remake all wrapped into an undeniable homage to Superman the Movie and Superman II. Additionally, the inclusion of Jason’s character is just another point of controversy, his role in the film seems to be loved/hated.

At this point in time I have not watched any other released edits of Returns, so I have no other edit to compare this to.

The thing that must be said about this edit is, if you didn’t like Superman Returns due to the reasons listed above, you simply will not like this edit. It is not for you, do not waste your time even finishing this review, and absolutely do not download and watch this. It wasn’t made for you.

If however, you enjoyed the original film on any level, this very well may be the edit for you, so read on to see if it’s worth your time to download and watch.

Video Quality
This edit is provided only in MKV, and this is a shame. The film simply does not hold up well as it is played on larger televisions. I watched this on a 50″ Plasma and the image resolution was soft with a great deal of banding in certain scenes. Also I noted that some deleted scenes had a bit of a stutter to them. Color correction however was quite nice. Supe’s suit is restored to its appropriate color and overall it is a really nice job. I did not notice any offensive/inconsistent skin tones, but I wasn’t looking for them either. The color was undeniably an improvement over the dull, muted filter which Singer ended up applying. 6/10

Audio Quality
Audio was good overall. No need to keep my remote at the ready. The treble was a bit muted, but overall this sounded great.

Editing
Here is where the released format really hurts because the technical execution of the edit is exceptional. Scenes are seamlessly re-integrated, audio transitions are fantastic, and there are many wonderful choices in terms of added soundtrack. Of particular joy was hearing a perfectly placed Wilhelm into the scene of the Bank heist, major bonus points for that.

Story
So with the tech out of the way, is this edit worth it? If you like Singer’s intention with this film, then absolutely. The driving force behind this story is Superman’s sense of ALIENATION upon his return and the regret he feels for having abandoned the people whom he cared about in order to explore the near impossible unlikelihood that there were any survivors on his home world. This is the crux of the film and it defines his actions, people’s reactions and it is this crucial issue which is resolved by the end of the film, Superman making peace with his ghosts and rediscovering why he is on Earth, recovering his conviction and resolving his strained relationships. The reinstated scenes bring even more depth to Superman’s character, adding layers to Clark’s frustrations and hesitancy and for me, made the resolution of the film all the more satisfying. But this edit isn’t just about sticking in deleted material, there are many instances where the editor has nipped and tucked within scenes in order to improve pacing, which is needed because the deleted scenes add a lot more talk time to a movie that is generally a little light on action. Although one action scene notably trimmed is the Kitty in the Mustang action bit. The editor has done a fantastic job of trimming this down to be far more realistic and enjoyable.

In the interest of full disclosure however, I’m not in love with all of the editor’s choices. His trims to the scene where Richard, Lois and Jason are rescued by Superman are all in the wrong direction in my opinion. For me, the original sequence is gut-wrenching. Perhaps it is because I have a spouse and child, but everything about that scene just turns my stomach into knots, it does a great job of conveying a sense of fear, terror and hopelessness, even though you know Supe’s is going to swoop in and save the day and when he does, it’s with a tremendous sense of relief. The re-cut of the scene removes the emotional tension from the scene, they’re in some danger and then BAM! Superman is there. By cutting the sense of dispair the reward of their salvation is greatly diminished.

But more, I was simply shocked to see that he left the Emergency Room scene in. If I could change only one thing about the theatrical version, it would be to remove this sequence because it distracting and absurd, entirely taking me out of the movie.

Ultimately however, the two complaints I have are far outweighed by the ways in which this edit adds more humanity to the film. The film does feel a little long, however it does not drag. If all you want is action and flying, this isn’t your edit, but if you enjoy character development and human stories, than this is worth your time, even if it doesn’t replace your theatrical (which I’m not sure this does), it is worth the time to watch just to see what Singer was really trying to create here.