Brief Synopsis:
It's the same classic edit of Attack of the Clones by the Phantom editor, but now presented in HD!
Intention:
I always felt Attack of the Phantom really hit the mark on saving this movie. It takes out just enough, but it still feels like a complete film with a professional and natural pacing. It builds momentum and flows very well. It's a version I really enjoy watching. But when I watch a star wars film these days, I want an impressive home theater experience and the original DVD doesn't cut it. So I decided to fix that by recreating it in HD by syncing the Blu Ray video (color adjusted to reduce the added cyan tint) to a remixed version of the phantom editors audio track.
Additional Notes:
This is not a frame accurate recreation. It is very very close, but the frame count is not identical due to me being unable to recreate some of the transition wipes down to the frame. Viewing wise this should be imperceptible. A few small enhancements made here and there but none of them are significant. This version uses the original opening crawl, not the 4th wall breaking one from the original edit. The audio track is been remixed into a Dolby Surround 2.0 track to hide some shortcomings of the original mix, and it works well. If you're surround receiver has Pro Logic II or any other matrix upmixer (most do), you will still get a full surround experience. Will still sound fine in stereo as well.
Other Sources:
I used AI enhanced upscales for the deleted scenes by a user named bryantmh over at originaltrilogy.com. Color adjusted to match the surrounding footage.
Special Thanks:
Chainsawash for producing the sleeve design
Collipso for helping me screen it for errors
And of course the Phantom Editor for making the edit in the first place
Release Information:
Special Features
Various documentaries and behind the scenes features and interviews. (Bluray only)

The documentary is a compilation of the various released features and behind the scenes short put together by a youtube fan channel called LucasLegacy.
Cover art by Possessed (DOWNLOAD HERE) 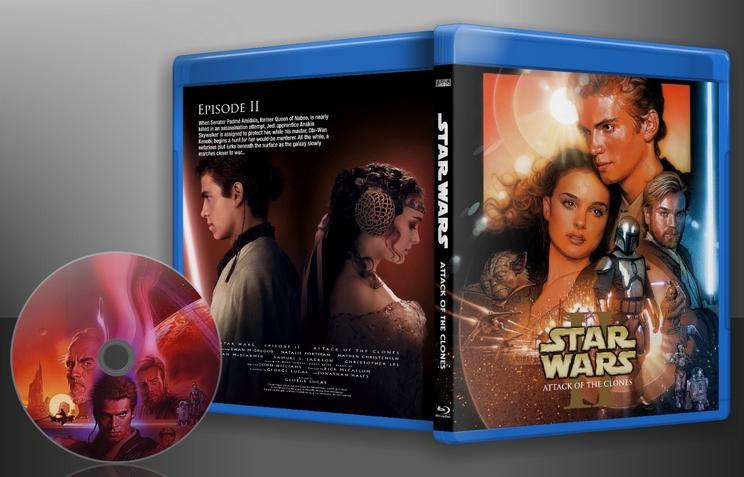