Brief Synopsis:
If the following strikes you as esoteric, I invite you to peruse the forums of Originaltrilogy.com.

I do not consider this a full-blown fan edit, as I am primarily hybridizing existing official versions of the film, keeping changes I can appreciate and excluding those I feel hinder the film. Of course, this is highly subjective, and everyone's perfect blend would be slightly different.

Intention:
Having satiated my restlessness with the Star Wars prequels, I wanted to put together a custom 'Special Edition' of the original trilogy to place on my shelf alongside the original, theatrical versions (currently represented by Harmy's Despecialized Editions). I thought about calling them the "So You've Decided To Watch The Special Edition" version, because they wouldn't be intended as one's sole version of the films. Rather, a companion piece to the original versions, as a Special Edition should be.

Other Sources:
I utilized three video sources for this project: The '19SE' transfer as presented by OohTeeDee, OhTeeDee's partial OOT restoration (D+80), and Adywan’s ESB: Revisited. The primary audio source is the 1997 Special Edition theatrical DTS audio, though audio from Revisited was used for a few scenes, and 2011 BluRay audio for one scene.

Special Thanks:
First and foremost, credit is due to OohTeeDee for presenting the 1080 and 2019 versions of the film; DrDre and Sir Ridley for providing color correction LUTs for the prior version; Adywan for producing his ‘Revisited’ project; CapableMetal, Jetrell1969, and SilverWook for their combined efforts at making the theatrical DTS audio from the 1997 Special Edition available; ChainsawAsh for encoding a DTS mix; and MalàStrana for assisting with subtitles.
Release Information:
Special Features
This project is presented in 1080p BluRay-compliant video, with DTS and AC3 audio tracks, and English and French subtitles.

Cuts and Additions:
Here follows a list of changes made to the 19SE starting point for this project.

- Overall color correcton from OohTeeDee
- Used wampa escape scene from D+80, save for one shot
- Used the conversation between Vader and the Emperor from Adywan’s Revisited, as he essentially honored the content of the original version of the scene while realizing the potential the 2004 DVD version presents.
- Removed added CGI sparks to the Cloud City boiler room which I find off-putting
- Used D+80 to avoid a continuity error posed by the Special Edition as an expanded cityscape out a Cloud City window disappears a few shots later.
- Recreated the original pacing of the escape from Cloud City, removing Vader departing for and arriving on his star destroyer, though leaving two brief shots of the shuttle ascending.

- Reinstated Luke’s line to R2 of, “You’re lucky you don’t taste very good.”
- Used 2011 BluRay audio to include updated sound design for Slave I during its first appearance to match Episode II.
- Removed Luke’s scream from the 1997 mix as he falls down the Cloud City shaft after his confrontation with Vader.

(I have included an alternative audio track that omits the following audio change.) 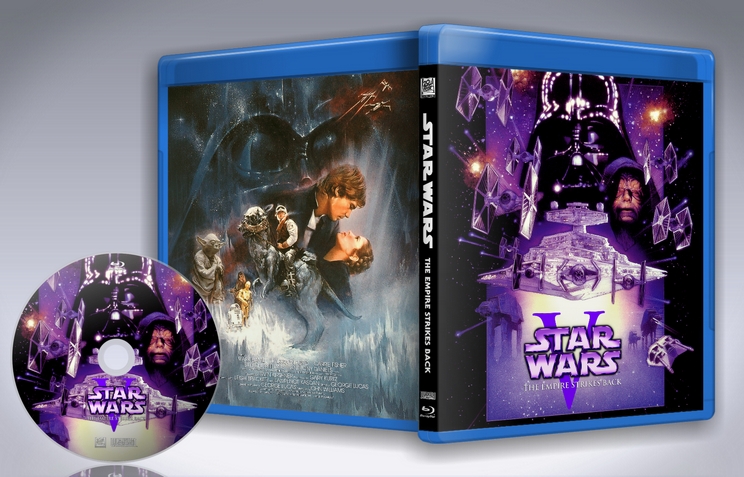