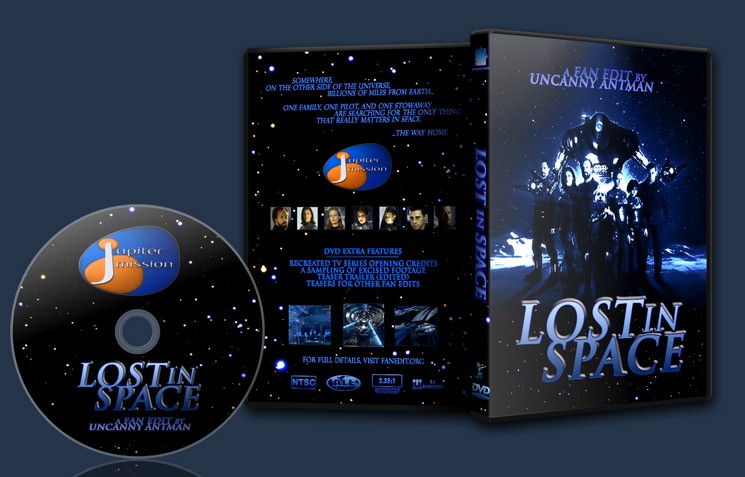 Fast forward to now, I checked again, and he had it up finally! This film has always been one of my childhood favorites, despite it's overall poor quality. It's just fun to watch, cheesy one-liners and all, but I wanted to see a "better" version if possible. UA definitely delivers here, with a few caveats.

==Audio/Video Quality==
First off, the A/V quality is not pristine, definitely worse than the DVD, although it's passable and looked mostly okay on my HDTV, streamed from my laptop via HDMI. Some other viewers may be more discriminating, personally I don't mind too much. My wife did complain the audio sounded "metallic" or thin, and I noticed several volume fluctuations that are not in the original film. Turning off the "TruSurround" and "TruVolume" (audio compression) features on my TV helped, but not completely.

==Visual Editing==
I would say probably about 75% of the visual editing on the film was transparent. That could just be me; I have this curse where I remember scene timings almost perfectly, so any changes can be jarring. I'm harder to please in that regard, other viewers might be more forgiving. There are definitely more hard cuts and lost continuity near the end of the film, as the editing seems to get heavier, but for the most part it's okay. Some of the fixed continuity (like the ship crashing or the robot overcoming the control module) are subtle welcome changes.

==Audio Editing==
Aside from the overall quality issues above, the audio editing is fine. I noticed few or no hard cuts, and only a few moments where dialog or music was mixxed "off" from the original, but no game-breakers. I loved the removal of the redundant opening narration (in fact, that would have been my first change even before I knew of this edit). A sticking point for me is Jeb's weird-sounding, loudly-mixed voice compared to West's more natural one in the opening dogfight scene. That's the way it is in the original, but without the original edit's introductory line, his new first words ("That's not standard procedure, Don") are EXTREMELY annoying in the mix. The volume should have been at least halved on his lines, IMO.

==Narrative==
First, the good. Blarp is gone. Judy♥West is gone. Penny>West is gone. Penny vs. Parents is gone. None of those are missed in the slightest. Penny's character is very much strengthened by this, specifically. She seems competent and valiantly suffering instead of whiny and annoying. Also, Smith is darker and more dangerous, much less the "hee hee so evul" he was in the original script. These points are VERY heavy and weigh very much in the films favor against the big negatives below.

For the bad: Judy seems unimportant past the first 1/3 of the film, which sadly shows how little she meant in the script besides a love interest for West. This, I think, is a failing of the original script and is not really possible to fix.

A couple plot holes, one small and one major: Will goes to visit Doctor Smith, with no reason. I know the scene was trimmed to remove the robot's stupid "why did x cross the road" joke, but it leaves out that Will heard the tapping morse-code interpreted by the robot. That could possibly have been rearranged and rolled into the previous scene where he boots the robot up initially? The timeline isn't strict; that scene could take place almost any time after John/West leave the ship. Another example from this same scene would be Will talking Doctor Smith with the pistol before they sneak off the ship; the beginning of the conversation is cut and there's no apparent reason for Smith to raise his hands say "William, you misjudge me!" except that the child happens to be holding a gun, and non-threateningly at that.

There's also a lot lost in the ending without the John vs. Spider!Smith battle, cheesy as it was. Spider!Smith shows up and is obviously evil, but then does absolutely NOTHING after threatening to kill John, Will, and West. John escapes the robot and comes back. Why would Spider!Smith let that go? He just disappears. We also lose closure to the earlier "kill the man/become the monster" exchange between John and Smith, and Future!Will isn't saved by his father, making his altruistic "you go instead of me" moment feel empty and abrupt in light of his earlier angry "my father's not coming to the rescue" moment.

==Enjoyment==
I loved the removal of characters who talk to themselves at the end of scenes. Worked excellently and changed the tone of the film significantly. My wife mentioned "it's more intense" without the self-aware moments. The stated goal of "removing blarp" was executed PERFECTLY; I didn't miss that little horror for a single moment. Most of the other cuts made sense, although I think overall it was a little heavy-handed for my liking.

A bit of the "witty banter" could have been kept, IMO. For example, Will's line; "Can we cut back on her oxygen so she's not quite as annoying when she wakes up?" cuts way too early and makes him seem overly jerkish. Penny's rejoinder "Does he have to wake up at all?" and Maureen's tongue-in-cheek "I'll turn this spaceship right around" follow-up are integral to that exchange. It enhances the family dynamic a little and feels like good old familial teasing, not mean-spirited snarking like some of Penny's earlier cut scenes. Even so, the edit does not suffer much from the loss of things like this; I just miss some of it due to nostalgia.

Ultimately, I'm willing to overlook the two plot points mentioned above. The film as a whole wasn't very strong on the narrative to begin with. I just think more could have been done to fix those two parts. They didn't affect my overall enjoyment, hence the 10/10 rating there.

Overall, I think this was an excellent edit considering the limited source material. Nitpicks aside, and my wife and I both highly enjoyed it. Definitely keeping this one around for the family.

*This rating was given before reviews were required*
H
hrumpff Top 50 Reviewer 74 reviews
Report this review Comments (0) | Was this review helpful? 0 0
View all user reviews