Lord of the Rings, The: The Two Towers: Sharkey’s Purist Edition

Cut the eye of Sauron’s interaction with Frodo at the beginning. Downplayed Sauron’s floating eye as much as possible.
Trimmed Gimli’s comedic relief during their pursuit of Merry and Pippin.
Cut Frodo’s acid trip in the waters of the Dead Marshes.
Inserted Smeagol’s backstory, formerly the prologue to the third film, into his conversation with Frodo during their nighttime scene in the Dead Marshes.
Cut Gimli’s remark about squirrel droppings.
Treebeard discovers Saruman’s ravashing of the woods prior to scheduling the Entmoot. Treebeard is trying to convince the other Ents to go to war.
Gandalf does not refer to Saruman as “Sauron’s puppet.” We do not see or hear from Saruman directly until after Helm’s Deep.
Cut the peril at the Blake Gate, with Sam getting stuck in the ground and nearly spotted.
Cut most of the backstory of Rohan, primarilly to sever the concept that Saruman is working for Sauron directly. We are introduced to Rohan via the eyes of Aragorn, Legolas, and Gimli, which is more like the book.
Removed the children arriving on horseback, since the burning of the Westfold was removed.
Removed the antagonism between Theoden and Aragorn, and Gondor.
Theoden’s decision to move to Helm’s Deep is equated with riding out to meet Saruman in battle, and Gandalf does not view it as a cowardly decision of retreat.
Saruman and Wormtongue’s scenes at Orthanc are cut.
Cut Frodo’s outburst toward Sam regarding Gollum along the river.
Cut the warg attack along with Aragorn’s separation from the rest of the van and his rescue by Brego the wonderhorse, who’s earlier introduction was also cut.
Aragorn and Arwen’s “dream” scene is retained, along with a modified version of her scene with Elrond. She is not sailing to Valinor, and has already made up her mind. (The prophetic description of Elrond about the end of her life matches the book’s appendices.)
Faramir is made to appear less Boromir-like and mistreatful to the hobbits. As he is in the book, a gentle and insightful Captain of Gondor.
Cut Boromir and Faramir’s backstory. Denethor did not send Boromir to the Council of Elrond for the express purpose of bringing the One Ring back to him. It ruins all justification of Boromir as a member of the Fellowship, making him an undercover agent who was not sincere in his pledge to it. He came to Rivendell because of his vision, and was corrupted more gradually toward the Ring.
Removed Theoden’s antagonism toward Gondor prior to the battle.
There are no elves, save Legolas, at the battle of the Hornburg. The movie’s depiction is comparable to an army from Canada inexplicably arriving to bolster the Polish defenses during WWII. In Tolkien’s Middle-Earth, this is baffling.
The Entmoot makes the correct decision the first time, to attack Isengard, and do so. Merry and Pippin are not sent home to the Shire.
Trimmed the drawf-tossing reference.
Faramir does not decide to take the Ring to Gondor, and does not take Sam and Frodo to Osgiliath. He meditates on the death of his brother, and then releases them into the woods of Ithilien.
Cut Gimli’s line about an orc’s nervous system, because it is too modern of a term and seems jarring.
About 27 minutes from the third film have been bumped up here, to finish off the falling action surrounding Helm’s Deep and Edoras, and allowing the third film to begin with Minas Tirith. Also prevents a ghastly discrepancy between the films’ running times.
Fixed a continuity error in the extended editions where Merry and Pippin identify the Longbottom Leaf (in what formerly was their introduction in the third film) after being shown already knowing what it is (in a scene added to the extended edition of the second film). They weren’t *that* stoned.
Cut the sub-plot about not knowing where Sauron would strike next.
Removed Gimli’s and Legolas’s drinking game. (Here’s a drinking game: take a swig every time Jackson deviates from Tolkien’s writings.)
Pippin does not discover Sauron’s next move via the Palantir.
Removed more of Theoden’s antagonism toward Gondor at Gandalf’s briefing scene.
Pippin rides with Gandalf toward Minas Tirith, we cut back to Frodo and Sam and go to credits. 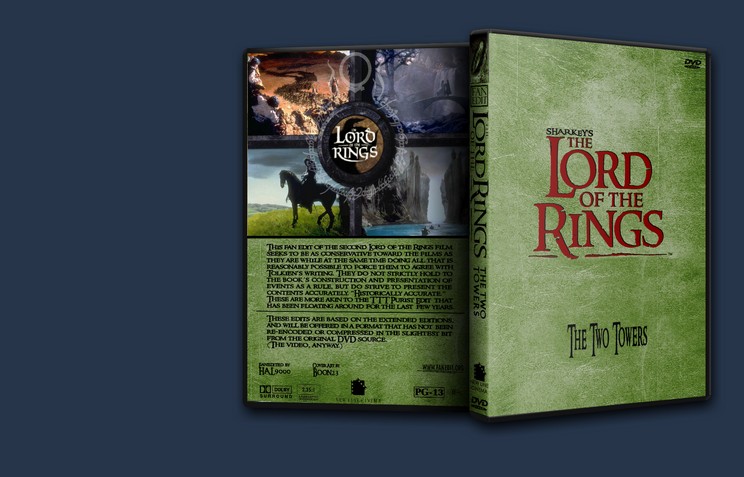 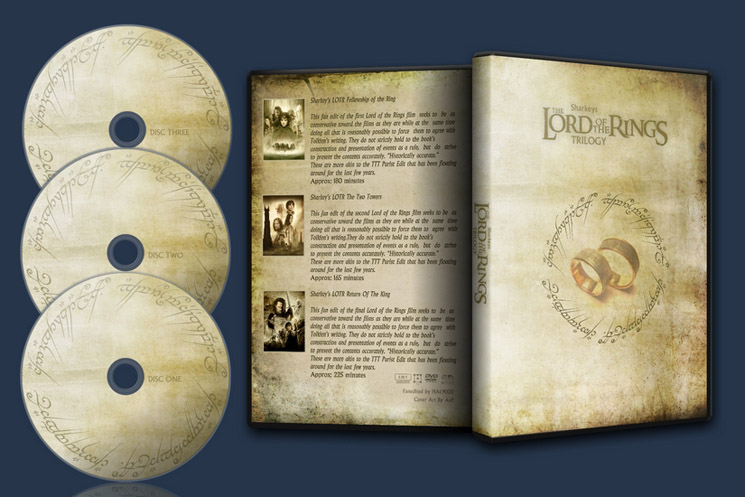 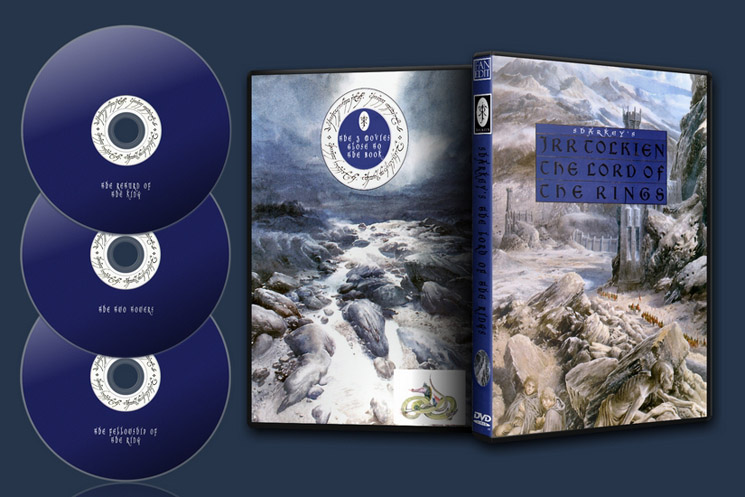 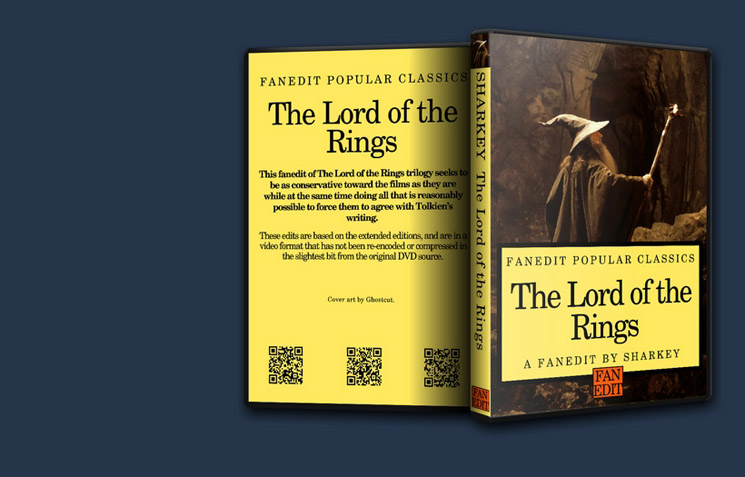 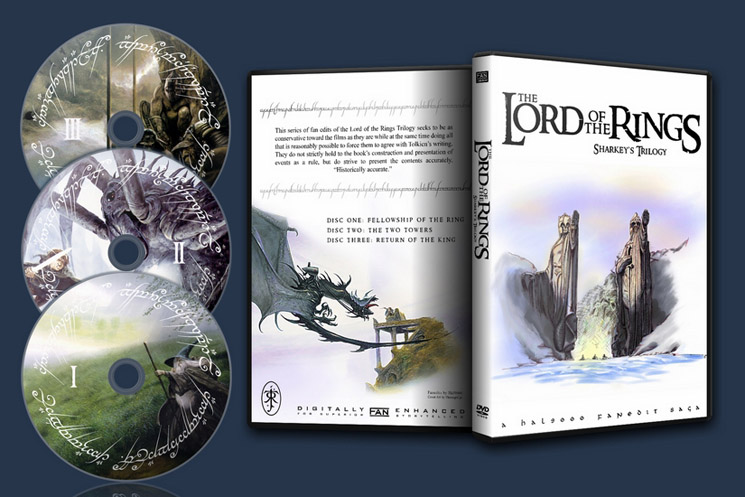