Brief Synopsis:
Selma, a young Czech mother living in Washington state in the early 1960s, struggles to save money to pay for an eye operation for her son who, like her, is slowly going blind.
Intention:
The intent of this fan edit was to make a shorter and even stronger film by completely removing the plotline about Selma escaping reality by day-dreaming musical numbers. The five musical numbers have been completely deleted, and some shots and scenes have been re-arranged, in order to create a film completely set in reality. The violence and drama of the film is therefore greatly heightened, and Björk’s talent is now solely limited to acting. The result is, like the original film, a heart-wrenching experience, closer in tone to Lars Von Trier’s two first “Heart Of Gold” films, and features what was recognized as one of the most overwhelming acting performance of all time, by screen debutante Björk. Dancer In The Dark received the Gold Palm and the Best Actress award at the 2000 Cannes Film Festival.
Release Information:
DVD
Cuts and Additions:
- Five musical numbers removed: Cvalda, I’ve Seen It All, Smith & Wesson, In The Musicals, 107 Steps.
- Ouverture with the Intro title retouched.
- The scene when the stage director calls the police about Selma has been moved forward.
- End credits song (“New World”) replaced by the instrumental “Ouverture”.
Cover art by Dr. Sapirstein, Style A (DOWNLOAD HERE) 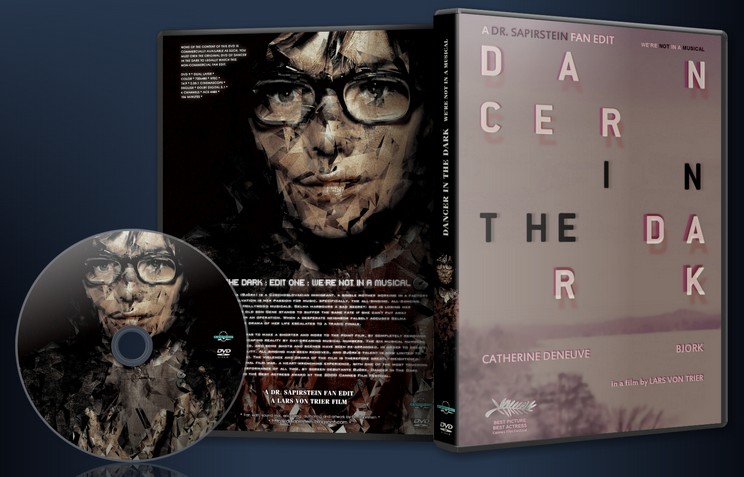 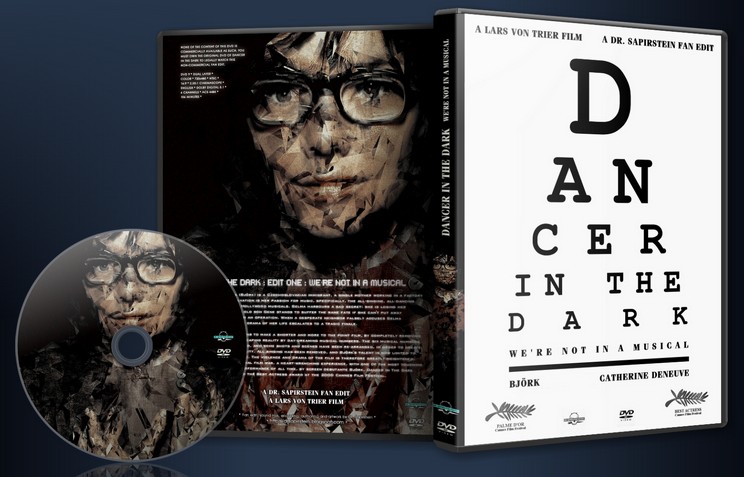