Brief Synopsis:
The Babylon 5 Project aims to focus on the arc stories of the TV show by creating a series of films. This creates a more streamlined rewatch of Babylon 5 for those who want to maximize the arc without having to watch the mostly stand-alone episodes with arc storylines in them.
Intention:
Babylon 5 has such a riveting arc based story that I've returned to watch time and time again but I'm not a big fan of the standalone episodes. However, many standalones do have some arc based storylines which are paid off later. I wanted to craft a new way to watch the series which creates an "all killer, no filler" B5 experience. Some films would just be three or so episodes strung together because of how heavily arc concentrated they are. Other films need to be built from the ground up from the pieces of many episodes which creates new viewing experiences and slightly changed narratives. The Babylon 5 Project also looks to exorcise some loose plot threads that don't pay off down the line.
Release Information:
Digital
Editing Details:
The Long, Twilight Struggle is the last film in my series to play episodes out of order. It starts with Acts of Sacrifice and Divided Loyalties so we get some continuation of the previous film's plot threads which include Talia and the Narn-Centauri war. There is a bit from Knives here too where Sheridan finds a dead Markab to slowly integrate the Drafa plague storyline from Confessions and Lamentations.

The Markab storyline is a bit more episodic in nature but it does set up several plot threads including Franklin's stim addiction, moves Delenn and Sheridan's love story along, and the bonehead maneuver that Sheridan uses later against a shadow battlecrab. 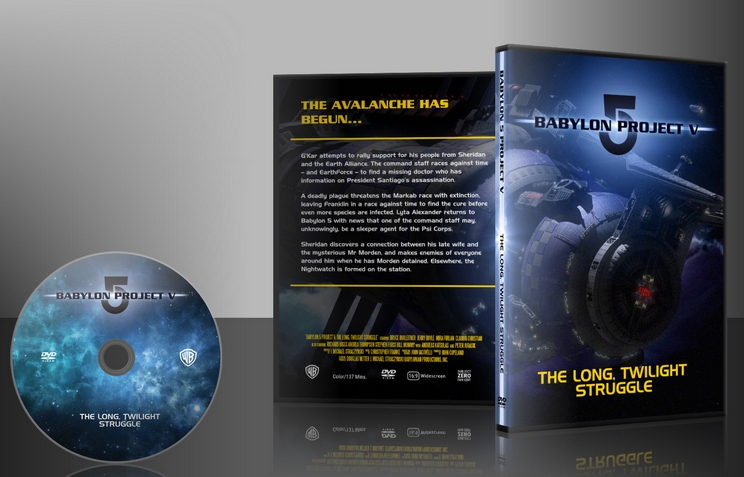