“Child’s Play (1988) with a restructuring that aims to restore writer Don Mancini’s original intentions of leaving it ambiguous during the first half whether Chucky is actually alive or not.” 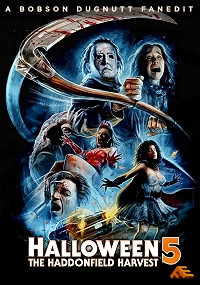 “Halloween 5: The Haddonfield Harvest takes H5 and tries to strip it back down to basics while also adding back footage not previously seen in any version of the film. A new opening, unused gore and more, feature in THE HADDONFIELD HARVEST!”

Vertigo: The Joan Harrison Cut
7.6
D doug23
"Ok, just a quick one: this review I may amend..."
Psycho - The Roger Ebert Cut v2
10.0
D doug23
"No treatise on Psycho the film itself, which has been..."
Batman Beyond: The Movie
9.7
D dirtycop1036
"Excellent edit, four episodes flawlessly sticked together to form a..."
Star Wars: Episode VIII - The Last Jedi: Anti-Cringe-Cut
10.0
E enoras
"Best Version out there!"
Justice League: The Unity Edition
10.0
F fran_garcia
"Having grown up during the Comic Bronze Age, I was..."