Only one new edit this week. 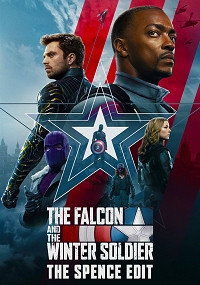 Like many of the other Disney+ MCU series, this clearly felt like it was originally envisioned as a film that was then stretched out to fill out a limited series. It’s a good story with some great moments, but it drags on and is stretched too thin. This edit attempts to reorganize the fairly simple plot into a single film of 2 hours and 22 minutes, an average run time for an MCU film.