This week we have two new releases for your viewing pleasure. 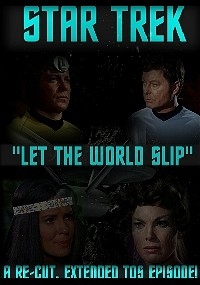 Star Trek: Let The World Slip by The Warlord

An edit combining Star Trek: The Original episodes ‘For the World is Hollow and I have Touched the Sky’ and ‘The Paradise Syndrome’ into one extended episode. 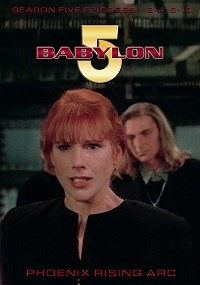 The first half of BABYLON 5’s season 5 is dominated by the telepath story arc Phoenix Rising, where Lyta develops from a direction-less character on the periphery to a focused key character. It’s more enjoyable by making Byron less pretentious and a little less prominent. He is a catalyst for Lyta rather than a driving force in his own right. Other storylines in these episodes are unchanged.

Terminator 3: The Coming Storm
9.3
D dingo
"The best possible version of a not-great Terminator film. The..."
Back To The Future: The Hill Valley Chronicles
9.8
O opulentone
"Going into the series I imagined that it would be..."
Daredevil: The Man Without Fear
10.0
D dingo
"I have a soft spot for the Daredevil movie (the..."
Dark Knight Saga Recut, The - Part I
9.5
H heavysyde
"This was a very enjoyable watch. I didn't read the..."
War of the Stars: A New Hope Grindhoused
10.0
W wraith
"BONKERS Just had to re-watch this... ..."