We have one new fanedit for you this week: 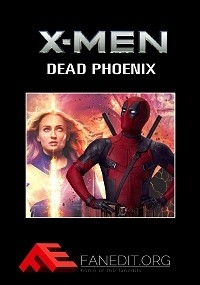 “Months back, clickbait merchants and rumour mongers were keen to share news that there would be some kind of Deadpool connection in the ill-fated Dark Phoenix movie. While this somewhat manifested a year earlier in Deadpool 2 with the X-Men’s cameo in that film, there was no surprise cameo from Wade for this.

So while binging both movies I worked out a way of integrating several choice scenes from Deadpool 2 into a cut of Dark Phoenix that gives the movie not just something that brings two well received X-Film franchises together (and yes, the fact both of these films have the same initials in their titles doesn’t escape me), but also provides closure to the series that doesn’t corrupt the timeline the way the original version of Dark Phoenix did, and also sets up a hypothetical fifth film in the First Class timeline to show the saga of the X-Men really ought to have continued.”

Memento: Parallel Cut
10.0
H heavysyde
"I saw a Rough Cut of this and was very..."
Thor - The Dark World: Hard Forged Edition
8.8
S siuse
"TM2YC vastly improved this movie for me, personally (now i..."
Thor: Ragnarok - Trimmed Edition
9.0
S siuse
"I do share all the points "eternalsage" had made in..."
Thor: Odinson? - Godsized Edition
8.9
S siuse
"I enjoyed watching this edit overall, technical editing is superb...."
Star Wars - Episode I: Shadow of the Sith
10.0
R romendocil
"This is objectively better than the original movie. There's no..."