One new fanedit for ya’ll this week, burning out its fuse up here alone: 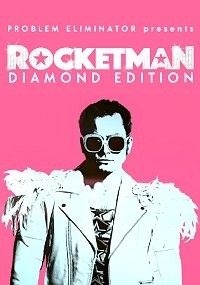 This edit aims to provide a more complete, satisfying and enjoyable telling of Elton John’s story, particularly for fans. Deleted scenes are restored, including Elton’s first suicide attempt and a subplot regarding the AIDS crisis. Two egregious factual inaccuracies are removed: Elton taking his last name from John Lennon (the real-life origin, from blues singer Long John Baldry, is well-known) and Elton playing his ‘80s hits in the ‘60s. The tone and pacing are also improved by cutting Elton’s last argument with his mother (a miserable scene that is too similar to the argument with Bernie Taupin directly following it). Finally, a couple musical Easter eggs are added to the film’s score.