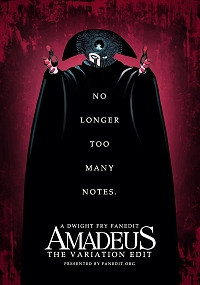 “A hybrid cut of the theatrical and Director’s Cut of Amadeus, losing most of the added scenes from the latter but keeping the Constanze/Salieri subplot intact.” 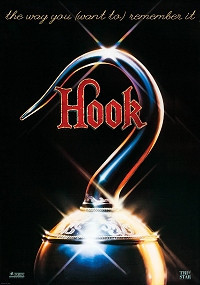 Hook – The way you (want to) remember it by lapis molari

“HOOK has enough flaws that it shouldn’t work. But it does! The good parts pack enough emotional punch to carry the movie. This edit retains those good parts, cuts over half-an-hour of weak parts, tidies up much in between, and adds two deleted scenes. It keeps Peter’s character development front and center, makes his and Hook’s characters more consistent, and vastly improves the pacing.”

Star Wars: The Coaxium Heist
9.5
P paranoidandroid
"Tried watching through Solo a couple of times a while..."
Halloween: The Doctor’s Cut
9.3
L lantern51
"I have to say that I am truly impressed that..."
Star Wars: Episode VII - The Force Awakens: Restructured
9.3
D doug23
"In going through edits of the sequel series, I’ll give..."
Star Wars: Episode VIII - The Last Jedi: Legendary
9.3
D doug23
"Hi, Hal. I go: Ep...."
Knight Rider - KITT Vs KARR (Junkyard Edition)
10.0
R rawwwrrr
"It's been a while since I've watched an episode of..."