The Hobbit Part 1: The Quest for Erebor by Wraith

The Hobbit Part 2: An Adventure’s End by Wraith

When I watched the original movies, I found myself editing in my head as I watched. I wanted to remove the padding and invention, change the tone to feel like The Lord of the Rings and improve all the characters and plotting. 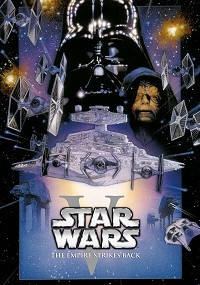 Star Wars – The Empire Strikes Back: Possessed by Possessed

This is for the most part a hybrid of the various versions of Empire Strikes Back, bringing out the best in each. However, there are also a few original changes that aim to subtly modernize the film and bring it in line with the saga, but without changing the tone or feel of the original version. Some improved visual effects, a remastered sound mix, and improved color grading as well as one or two cuts.

← Star Wars – The Empire Strikes Back: Possessed
X-Men: Days of Future Past – A Dugnutt Cut →