Release Information:
DVD
Special Features
The DVD includes two audio tracks, which are both English 5.1, but track two has alternate opening and ending tracks (Bruce Springsteen “Ghost of Tom Joad” & “Lift me Up”). This could be labelled as a gimmick, but I am a fan of Springsteen and felt his music could fit the film well, but at the same time, didn’t want to gamble the whole film on it, so with this option, no harm is done – the choice is there.
Cuts and Additions:
- The “Curtis Freley” character (played by Kiefer Sutherland) is supposed to be a cold blooded ruthless killer, yet is often undermined when other characters either mock him (including the hostages) or treat him with little respect. I have removed as much as this as I thought possible without affecting the main core of the story. No more piss taking, no more silly quarter story, which is later used to mock him and less arguments with the other characters. He now plays out as a ruthless killer, who Raymond respects. I believe this makes him a stronger character.
- The “Marcus Weans” character (played by Mykelti Williamson) is a hard one to change. The character is rather over the top in his mannerisms and expressions in speech, but I have done what I could with trims, to slightly tone this down.
- The “Gordon Jacobson” character (played by Kevin Pollock) unconvincingly turns into a wannabe criminal and killer with scant regard to his or his wife’s welfare. This unnecessary commentary on the publics fascination with media hyped criminals doesn’t work (and is most certainly done better in other films) and neither should it even be in this film, so his subplot of growing interest in the gangs activities and motivations, along with his trip to the bar and apparent murder of a fellow civilian has been removed. He is now a man thrust into a hostage situation with growing fear.
- The other characters are pretty much left alone. Had I had the skill or tenacity to completely remove Martin Sheen from the film, I would have, suffice to say I do not, and as it is, he kills a few other characters throughout the film that would otherwise have no explanation for their disappearance. At least he seems to be enjoying the pay cheque here.
- The films finale and climatic shootout has been heavily edited. The many occasions of cliched “bad” guys firing infinite amounts of bullets and with such poor aiming skills that you wonder how they ever got past the stringent recruitment process, is tiresome. They also have little regard to their own safety, failing to understand the concepts of firing behind some sort of minimal protection or cover, rather than standing out in the middle of the gunfight. So, numerous cuts have been made, which reduce the above occurrences from happening ... this makes the shootout a much tighter affair and possibly more grittier.
- At the end of the shootout, where Raymond Lembecke (played by Vincent Gallo) holds his dead girlfriend, Addy Monroe (played by Kim Dickens) in his arms and then shoots a token bad guy who everyone thought was dead, to save “Marcus” who himself is pointing a gun at Raymond is, well, irritating. So now Raymond still shoots, but it seems he is shooting his gun to be killed by Marcus so he can join Addy. So token bad guy doesn’t come back to life in pointless suicide attempt while surrounded by FBI. A much more poignant ending in my opinion. 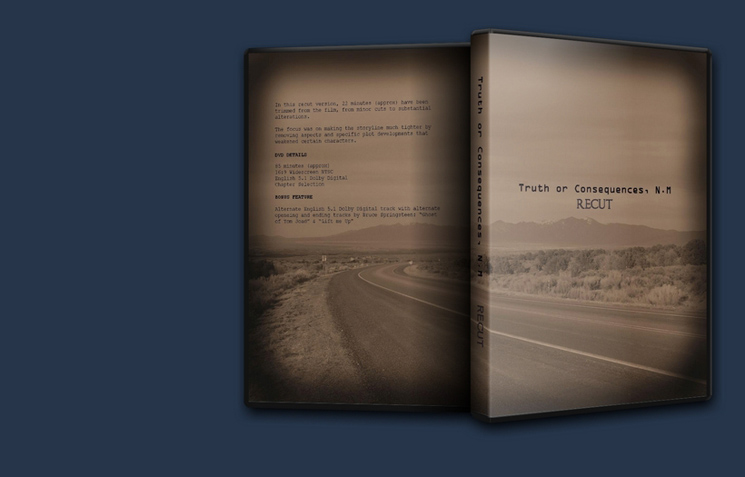