Brief Synopsis:
When I first watched "The Hunger games" I felt it was a bit too similar to the japanese movie "Battle Royale". But after rewatching I changed my mind, because despite the similarities "The Hunger games" had enough of its own themes, ideas and tone to make it worthwhile, and the sequel which I liked even more proved that to me. So when the final chapter was about to hit, I was looking forward to it. But I didn't like the fact that it was to be released as a two parter, with a year in between. So I waited until the second part was in cinemas before watching the first part. After watching both parts I was glad I waited, because even though I liked both parts, imho it should have been told as a single movie. The separation imho weakens both parts, the first part lacking the climax and resolution and the second part lacking the buildup and characterization.
So I turned them into a single movie of a little over three hours.
Intention:
To turn this two parter into a single movie and strengthening the story and characters in the process.
Release Information:
Digital
Editing Details:
Turning it into a single movie I used the opportunity to remove unnecessary scenes, strengthening others, and improving on characters as well as the pivotal moment in the end.
Cuts and Additions:
Too many to list and I don't like to spoiler things:)
Cover art by NewSpock (DOWNLOAD HERE) 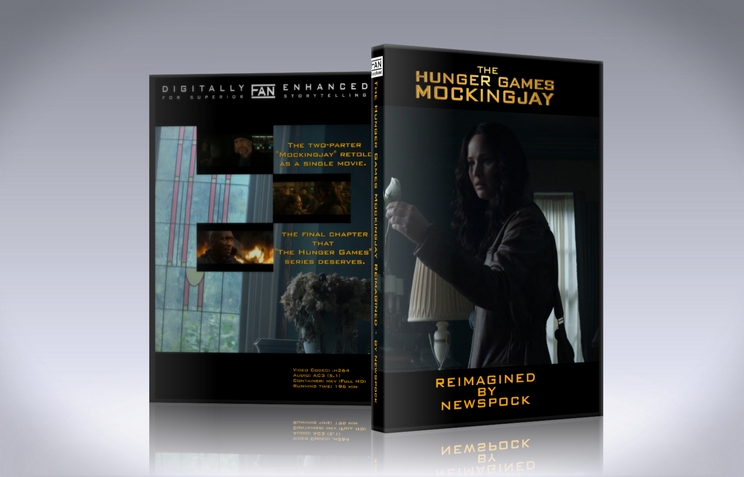