Brief Synopsis:
This is a fan edit of the original movie serial retold as one feature length film.
Intention:
"The New Adventures of Tarzan" is a 4 hour and 17 minute, twelve-chapter serial made on location in Guatemala in 1935 that has slipped into the public domain. Herman Brix (later known as Bruce Bennett), an Olympic shot putter and former University of Washington football player, was a good fit for the educated Tarzan from the novels by Edgar Rice Burroughs. Producer Ashton Dearholt played the movie's primary villain under an assumed name and fell in love with the serial's leading lady, moving her into his household after the picture was completed, which didn't go over well with his wife. His wife divorced him and ended up marrying Burroughs.

Making the serial eventually drove the independent film company formed for its production into bankruptcy. The sound is notoriously bad because of the cheap sound equipment trucked through the Guatemalan jungles and over the rough terrain. Still, the film is watchable and you get what you pay for.

The serial was previously edited into two separate movies by the original production company ("The New Adventures of Tarzan" in 1935, and "Tarzan and the Green Goddess" in 1938), with added footage showing African animals supposedly cavorting in South America. This fan edit is a new retelling of the serial in one feature length film. Only elements from the actual serial have been used.
Release Information:
Digital
Cover art by Billy Batson (DOWNLOAD HERE) 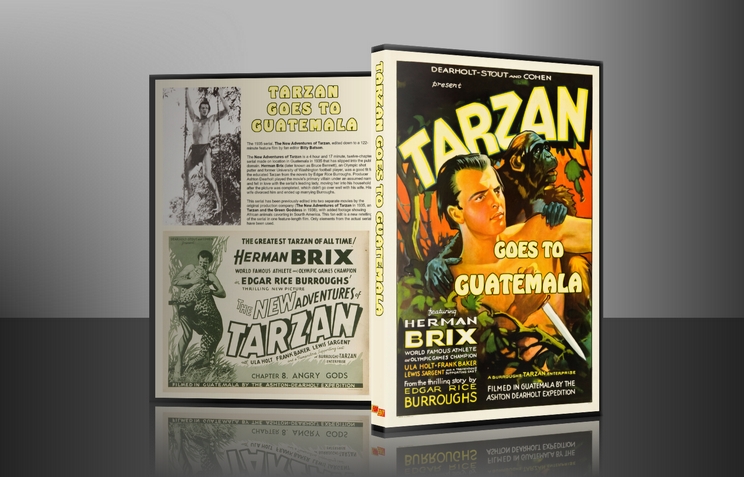