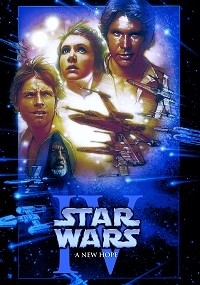 Faneditor Name:
HAL 9000
Tagline:
Somewhere in space, this could all be happening right now.

Join the Forum Discussion
Tweet
Brief Synopsis:
Having satiated my restlessness with the Star Wars prequels, I wanted to put together a custom 'Special Edition' of the original trilogy to place on my shelf alongside the original, theatrical versions (currently represented by Harmy's Despecialized Editions). I thought about calling them the "So You've Decided To Watch The Special Edition" version, because they wouldn't be intended as one's sole version of the films. Rather, a companion piece to the original versions, as a Special Edition should be.

Intention:
I do not consider this a full-blown fan edit, as I am primarily hybridizing existing official versions of the film, keeping changes I can appreciate and excluding those I feel hinder the film. Of course, this is highly subjective, and everyone's perfect blend would be slightly different.

Other Sources:
The primary video source is Adywan’s color corrected version of the BluRay. The primary audio source is the 1997 Special Edition theatrical DTS audio. Exceptions are described in the list of changes.

Special Thanks:
First and foremost, credit is due to Adywan for producing his color corrected transfer of the BluRay’s video stream; CapableMetal, Jetrell1969, and SilverWook for their combined efforts at making the theatrical DTS audio from the 1997 Special Edition available; Harmy for producing the famed Despecialized Edition; Team Negative 1 for producing 4K77; NeverArGreat for producing his technicolor version; Sir Ridley for visual FX work; ChainsawAsh for encoding a DTS mix; and MalàStrana for assisting with subtitles.

Release Information
Special Features
This project is presented in 1080p BluRay-compliant video, with DTS and AC3 audio tracks, and English and French subtitles.

Cuts and Additions:
Here follows a list of changes made to the primary video and audio sources for this project.

- Used an alternate language for the beginning of the crawl to correct a strange Special Edition change in which the opening STAR WARS logo recedes much more quickly than originally, or in any other film to date
- With help from Sir Ridley, retimed the “look sir droids” scene to the original theatrical version while retaining Special Edition imagery. The scene feels like the original version without resorting to its footage or shortening the scene to remove added shots (The following scene’s opening shot of the sandcrawler remains in its Special Edition version.)
- Thanks to Sir Ridley, the ‘cone of light’ missing from the Special Edition version of R2 projecting Leia’s image in Luke’s garage has been restored
- Used NeverArGreat’s technicolor version of the shot of the setting suns, sourced from the original theatrical version, adjusting the rest of the scene to match by blending his and Adywan’s versions
- Used NeverArGreat’s footage to remove a mistakenly composited image of Luke during the establishing shot of the homestead the following morning
- The entrance to Mos Eisley has been reconceptualized to feature as close as possible to the best of both the original and Special Edition versions. This makes use of the Despecialized Edition for a few shots, creative editing, and color matching. The intended effect is to retain some of the improved visuals while avoiding the poor pacing and tone of the Special Edition.
- Used 4K77 to restore two shots of the Wolfman alien, who had been replaced for the Special Edition
- Used the Despecialized Edition to remove an added ugly CGI stormtrooper dismounting a dewback outside the Cantina
- New subtitles for the Greedo scene have been added, borrowing from Catbus’ Project Threepio in order to match the look and feel of the originals as closely as possible
- Used the Despecialized Edition to remove the added floating CGI droid to the stormtroopers’ search of the streets
- Removed the scene between Han Solo and Jabba The Hutt added for the Special Edition, using a wipe transition rather than the original theatrical version’s cross fade in order to retain quality
- Thanks to Sir Ridley, a new FX shot depicts the Falcon traveling through hyperspace toward the Death Star, and the following cockpit interior has been updated to correctly appear to be traveling through hyperspace (this was done for continuity with a subsequent change)
- Used the Despecialized Edition for a few shots to restore blaster damage on the chests of Imperial officers which were censored for the Special Edition
- Used 4K77 to restore the original dianoga
- Thanks to laborious work from Sir Ridley, the Falcon’s interior is properly depicted as traveling through hyperspace, with a blue flicker present in the cockpit and through its windows. The establishing shot of the following scene has been gently modified without altering sync to depict the Falcon exiting hyperspace as it approaches Yavin IV.
- Thanks to Sir Ridley, a TIE fighter has had its engine glow added which was mistakenly omitted for the Special Edition
- NeverArGreat’s version of the Death Star explosion was used, coming very close to the 1997 Special Edition’s colors, avoiding the bleach-white coloring of subsequent releases
- Recreated the original theatrical timing of the closing iris wipe, avoiding an awkward point at which the frame freezes during the Special Edition version

- Used the 2004 version of Kenobi’s ‘krayt dragon call,’ avoiding both the dewback sound of the original theatrical and the indescribable effect used for the 2011 BluRay
- As a nod to the original mono mix, the Cantina band can be heard softly outside the Cantina, leading into the point at which the song has progressed when cut into the interior
- Used a line from the mono mix as Wedge flies to assist Luke, going from “Blast it, Biggs, where are you,” to “Blast it, Wedge, where are you?”
- Added a brief line from the radio drama after Biggs is killed, allowing Luke to react to the death of his friend to provide greater continuity to the scene between the two of them establishing them as friends in the Special Edition

(I have included an alternative audio track that omits the following audio change.) 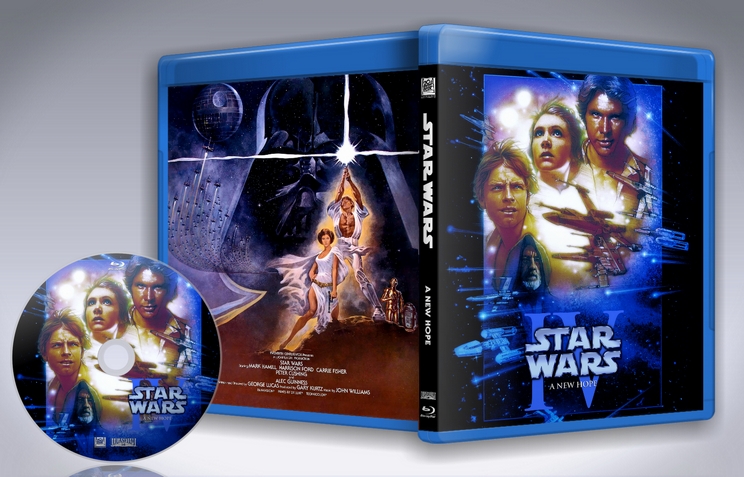 Well, color me impressed: after HAL9000's tour-de-force on the Prequels (they are my go-to versions), he gets closer to my ideal of A New Hope than any other version I've seen.

It's always a treat to see an edit that's a labor of love, especially when it's a film you yourself love too.

There are lots of big-picture improvements to be found here: the color looks soooo much better than the blu-ray, Han shoots first, the weakest Special Edition CGI creatures are gone, and more. HAL9000 achieves this result while standing on the shoulders of giants, and combines their efforts to create a whole that is even better than their parts.

But what speaks most to the love invested in this edit are small details. The Cantina Band that is subtly heard outside the cantina. Luke calling Wedge instead of Biggs. The dual language track to give viewers their choice of Obi-Wan's line "Your father wanted..." or "I wanted...".

Does this replace all other versions for me? No, but it is at the top of the list.

Update: After comparing the audio on different systems (good stereo, pc, and headphones) and in Audacity, I notice the soundstage is flatter than the original blu-ray. Perhaps an imperfect setting at rendering?

P.S. For anyone who wants the subtitles to match Obi-Wan saying "Your father..." instead of "I...", PM me for the updated .srt file.

Thanks for the review and I’m glad to hear you enjoyed it.
The reason you notice a different flavor with the audio from the BluRay is because I used the DTS theater audio from the 1997 Special Edition as my primary source. While this choice would be fair to question, it is not due to a fault with encoding.