Star Wars - Episode I: Balance of the Force 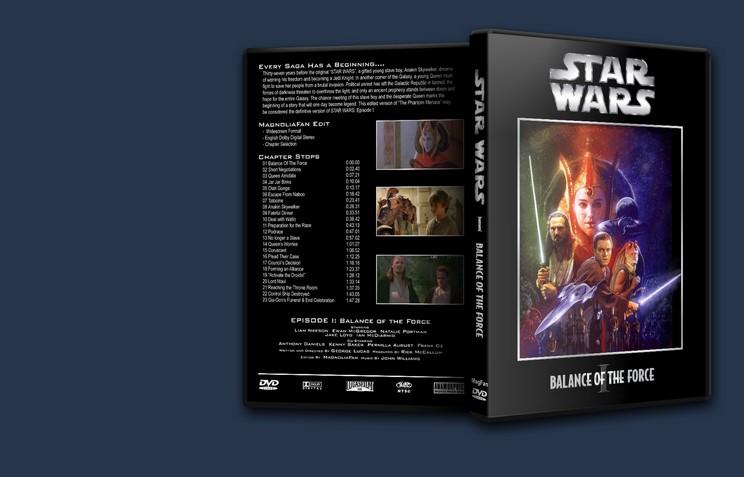 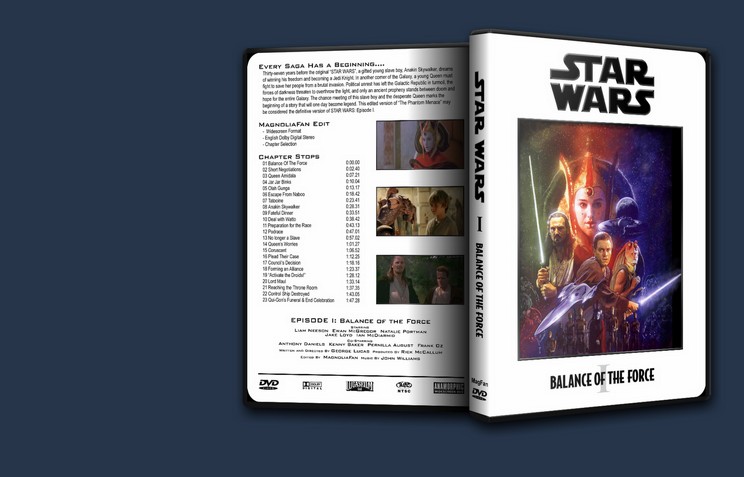 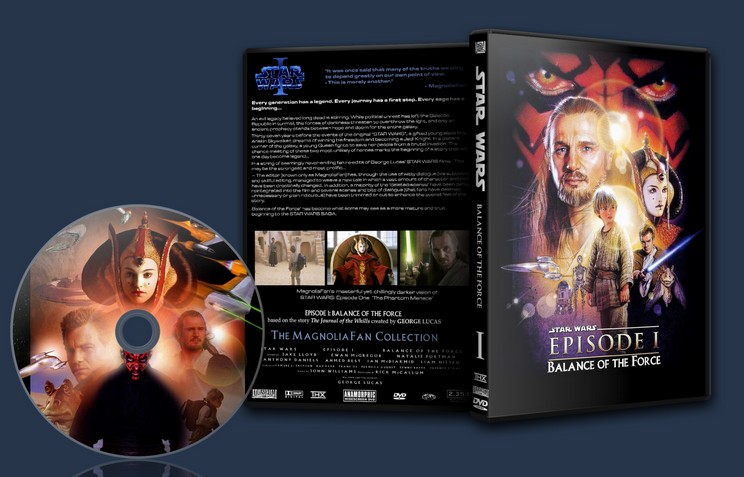 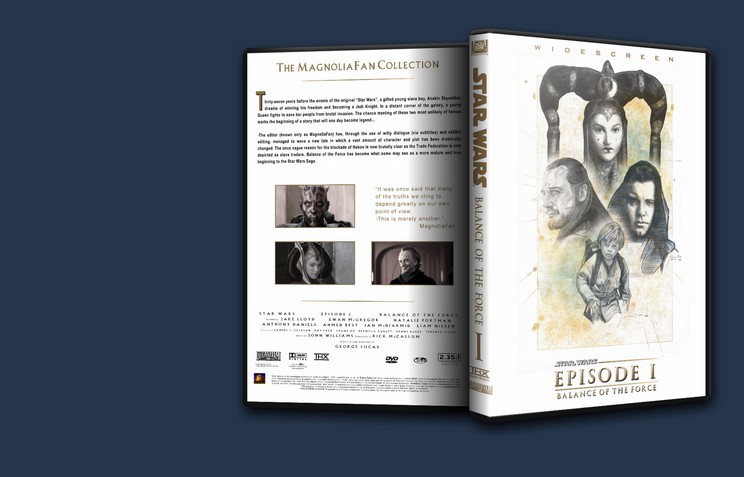 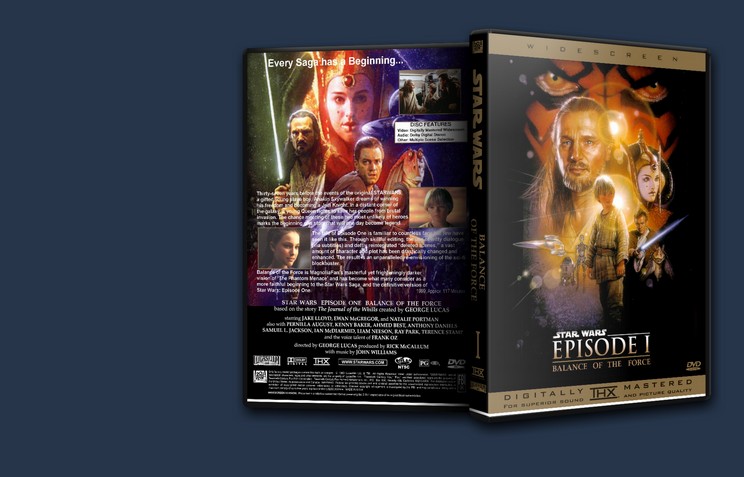 The inter-Naboo politics is a nicely added layer. Ep1 gets a lot of flak for it's political themes but this actually works.

The Trade Federation is changed very well too. They are now like a Slave Trade Federation. Slaveries was already on Tatooine and its just simply expanded the idea. Nute Gunray is no longer a wimp.

This edit is much less kid friendly. Yes its subtitles, yes you'll have to read them. It works because it does not attempt to cut out parts from Ep 1 but change it and expand it.

Do you recommend this edit?
Yes
Format Watched?
Digital
P
patientwho Top 1000 Reviewer 2 reviews
Report this review Comments (0) | Was this review helpful? 0 0
June 11, 2014
Overall rating
9.5
Audio/Video Quality
7.0
Visual Editing
9.0
Audio Editing
9.0
Narrative
10.0
Enjoyment
10.0
This edit is in many ways a masterpiece! The way Jar-Jar has been redubbed just blew me away. He is a really funny, sarcastic jack-ass now. This movie sorely needed a character like that. For example, after Sebulba threatens Jar-Jar and Anakin intervenes, Jar-Jar says, "I was about to give him a beating before that kid got in the way!" [paraphrasing]. Love it!

Also, I liked the way the relationship between Gungan and Naboo is fleshed out and the Kyber crystal brought into the story. Further, the darker Trade Federation works well, though I personally don't think redubbing them is essential.

However, this edit has a lot of fat which could be trimmed, and the video quality is pretty horrible. If I had video editing skills, I would seriously consider recreating this edit with some of the ideas from Q2 and Secior's mixed in, to tighten things up.

Yads' "Lone Gungan" is a similar edit, though his redubbing of Jar-Jar isn't nearly as interesting.

Do you recommend this edit?
Yes
Format Watched?
AVCHD
H
hyperdown Top 500 Reviewer 7 reviews
Report this review Comments (0) | Was this review helpful? 0 0
June 11, 2014
Overall rating
9.9
Audio/Video Quality
10.0
Visual Editing
10.0
Audio Editing
9.0
Narrative
10.0
Enjoyment
10.0
This was the first fan edit I ever watched, and remains one of my very favorites. While I don't hate "The Phantom Menace" as much as the average "Star Wars" fan (I have very fond memories of the experience of seeing it in the theater with a very hyped crowd on my birthday, which overshadowed the movie itself), I must say that the "TPM" DVD is hiding in the back of my closet. This cut is the one displayed on my shelf, and the one I've shown to the young children in my life who'd never seen "Star Wars" before.

The technical editing is just a hair shy of the best you can ask for. The removal of theatrical scenes and reintegration of deleted scenes has been masterfully done, so that the editing is all but invisible. Only two removed lines of dialogue call attention to themselves (it is somewhat jarring when Mace Windu infers that Anakin is the prophesied chosen one simply from Qui-Gon saying he has encountered a vergence, without the explanation of Anakin's midichlorian count, but as this means the movie contains no references to midichlorians, I'll take it and gladly; otherwise, Obi-Wan's resolve to train Anakin without mentioning that he gave Qui-Gon his word seems a little odd when Anakin and Obi-Wan don't interact in this film).

The narrative is also well put together, and in some ways, truly delightful. The dubbing and subtitling over Jar Jar to turn him into an entirely different character works beautifully, and to my infinite surprise, makes him into one of the best characters in the film. The same technique with the Trade Federation and the military droids works just as well, and makes them much darker and more threatening. (My skin crawled at the same time I laughed in uncomfortable disbelief when the Viceroy instructed a droid to shoot the governor of Naboo's children.)

A truly great fan edit, with more heart and more genuine humor and drama than the original film.

*This rating was given before reviews were required*
M
matt_jensen Top 50 Reviewer 70 reviews
Report this review Comments (0) | Was this review helpful? 0 0
View all user reviews