Brief Synopsis:
New Power Rangers are required to deal with the rising threat of the Nighlock clan led by Master Xandred.
Intention:
Power Rangers Samurai is a pretty poor season by Power Rangers standards, mostly translations of the Japanese scripts, minimal originality, unnecessary "mega modes" etc. What little home grown material we did get came in the form of needless comedy skits with the veteran character of the franchise's early days Bulk and the son of his sidekick Skull, Spike.

What I'm working on now is a version of "Origins", the premiere two-parter of Samurai, that does not include Bulk or Spike.
Release Information:
Digital
Cuts and Additions:
- Bulk and Spike scenes removed (except for the title sequence, just assume they will show up later in the series and not here, Antonio the Gold Ranger is also included in the titles despite not appearing at all).
- The search for Emily by Mia, Kevin and Mike
- All commercial fades removed.

I've also been mulling over what to open the edit with. I've done two versions, one with the standard pre-titles of Origins, and one using footage taken from Youtube of the aborted MMPR Fanfilm. I used similar footage in a workprint for another PR edit, so I thought I'd make use of the footage I didn't use for that. I think it serves the purpose of the edit well in introducing us to the world of the Power Rangers.
Cover art by Zarius (DOWNLOAD HERE) 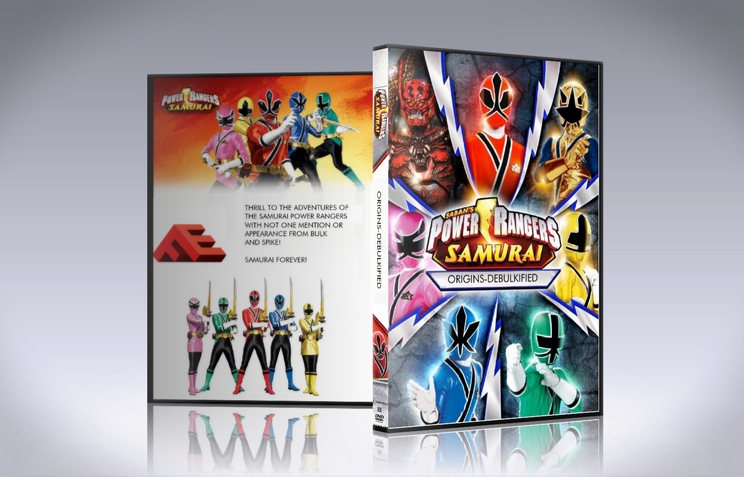