Last month TM2YC and Hal9000 both tied, so we’ll be having another poll to break the tie and determine the winner.

‘The Penultimate Cut’ takes the better looking ‘Director’s Cut’ transfer and regrades it to look like ‘Blade Runner’ looked on the last 1999 video release before it was “remastered”. Most but not all of ‘The Final Cut’ fixes are retained (including all wire removals), plus all of the editorial decisions. It’s basically what I always wanted ‘The Final Cut’ to be. It only took me 5-years to complete! 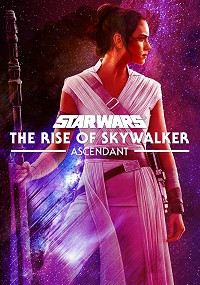 Star Wars: The Rise of Skywalker gets an overhaul to serve as a conclusion to the Star Wars saga. Pacing, character journeys, and story continuity are improved via an unprecedented fan editing collaboration. A layer of polish and care applied to a relentlessly fast-paced film. Subtle character tweaks. And a few new surprises.

Voting closes on January 8th. To vote, please visit the poll on our forums.