Brief Synopsis:
Stieg Larsson’s Millennium Trilogy reshaped into one movie that follows the journey of Lisbeth Salander. Terminator Mode.
Intention:
The Millennium Trilogy circles around the character Lisbeth Salander and IMO she is the best part about the whole thing. So why not make a fanedit that tells the story from her perspective.
Special Thanks:
Captain Khajiit
- for (once again) answering my questions

Neglify
- for (once again) making the cover art
Release Information:
DVD
Special Features
Interactive Menus
Scene Selection
Subtitles in English (spoken language in Swedish)
Editing Details:
Scenes have been rearranged and some material had to go in order to make the fanedit work. I also tried to make everything a little more believable than before.

Some plot-points are changed to save time, for example now Lisbeth kills Zala and Martin actually killed Harriet.

There are some really good scenes with Mikael throughout the trilogy but since this fanedit is all about Lisbeth most of them had to be cut (although I include some of them so that the story makes sense, see cut-list for these scenes)

Left is a movie that clocks in at 191 miserable minutes. Lisbeth Salander’s Long Hard Road out of Hell.

MÄN SOM HATAR KVINNOR
changed: some scenes have been rearranged
cut: the opening credits
inserted: new credit sequence
changed: used some footage from the Theatrical Cut in order to make the on screen credits work
cut: every scene that doesn’t include Lisbeth Salander (except)
- Mikael in and outside court
- someone shots at Mikael when he is out running
- Mikael as Martin’s prisoner (some dialog have been cut out. For example, it is now suggested that Martin killed Harriet)
- Mikael takes a train home to Stockholm, Mikael in jail and Mikael publishing new information about Wennerström (some dialog have been cut out)
- Mikael finds out that Lisbeth has stolen money
changed: used some footage from the Theatrical Cut when Lisbeth arrives to Hedestad in order to get rid of the on screen credits
cut: Mikael: but his alive?
cut: Lisbeth and Mikael visiting the priest
cut: Lisbeth: how far is it to Vilhelmina?
Mikael: a bit too far on a motorcycle
cut: Lisbeth and Mikael renting a car and drives around looking into old murder investigations (except the scene in the dinner when Mikael comments about how Lisbeth quoted the bible exactly)
cut: Lisbeth noticing that someone have broken into the guesthouse
cut: Mikael telling Lisbeth at breakfast that he is going to see Harald
cut: Mikael telling Lisbeth that the girl in the window is Harriet’s sister, and Lisbeth sending a e-mail to Plague
cut: the cop, Morrell, coming over and explains the meaning with “BJ”
cut: all the talk after “Yes, I know the kind of financial men”
cut: everything after Martin tells Mikael and Lisbeth that he is going to call Frode right away.
cut: Lisbeth have a flashback (the flashback inserted during opening credits)
cut: Mikael and Lisbeth in the torture chamber, Mikael having called the cops, and also Lisbeth and Mikael on the bed
cut: Lisbeth visiting her mother
cut: Lisbeth walking down the street wearing disguise
cut: end credits

FLICKAN SOM LEKTE MED ELDEN
changed: some scenes have been rearranged
cut: the opening credits
cut: every scene that doesn’t include Lisbeth Salander (except)
- Mikael visiting Miriam (cut: If she tracks down that monster, he’ll kill her)
- Mikael finds Lisbeth apartment and sees the rape video
- Mikael on the road, going to Göteborg
inserted: text: ett år senare (subtitle will read: one year later)
cut: the money that Lisbeth inherited after her mother
cut: George Bland
cut: Lisbeth packing her bag
cut: looking at apartment
inserted: scene from the Theatrical Cut, Lisbeth and Miriam in a bar
cut: Lisbeth talking to doctor about special treatment for Holger Palmgren
cut: Lisbeth having a nightmare about her days in mental hospital (flashback footage used in the opening credits)
cut: Per-Åke Sandström telling Lisbeth that he have talked to Zalla but only over the phone. Also cut is all the talk about “the blond bastard, only muscles”
cut: some trimming have been done when Lisbeth visits Bjurman’s summerhouse
cut: talk about Paulo Roberto at press conference.
cut: Lisbeth zapping Niedermann with the stunner (now he isn’t invincible feel-nothing super-villain)
cut: Zala telling Lisbeth that Niedermann is her brother
changed: now Lisbeth kills Zala
cut: aftermath with the cops, ambulance helicopter arrives etc.
cut: end credits

LUFTSLOTTET SOM SPRÄNGDES
changed: some scenes have been rearranged
cut: the opening credits
cut: every scene that doesn’t include Lisbeth Salander (except)
- Mikael starts to write the story about Lisbeth Salander
- Teleborian talks to Anders Jonasson about Lisbeth
- party at Millennium
changed: used some footage from the Theatrical Cut when Lisbeth arrives to the hospital in order to get rid of the on screen credits
cut: Mikael visiting Lisbeth in the hospital
cut: Lisbeth half-wakes in the hospital and Anders Jonasson presents himself for the first time.
cut: Zala in the hospital (he now died at the end of Flickan som lekte med elden)
cut: some dialog when the lawyer visits Lisbeth
cut: the guy that tries to kill Lisbeth in the hospital and ends up killing himself
cut: Every scene with Lisbeth having access to her phone in the hospital
cut: Lisbeth receiving a pizza
cut: nightmare
cut: scene when Anders Jonasson asking about the tattoo
cut: last scene with Anders Jonasson
cut: Anders Jonasson watching as Lisbeth is taken away by the cops
cut: some scenes in court
cut: Lisbeth going after her brother
cut: Mikael talking about “your friend Sony” when he visits Lisbeth
cut: the movie now ends a little bit earlier, more faithful to how the book ended
cut: end credits
inserted: new end credits
Cover art by Neglify (DOWNLOAD HERE) 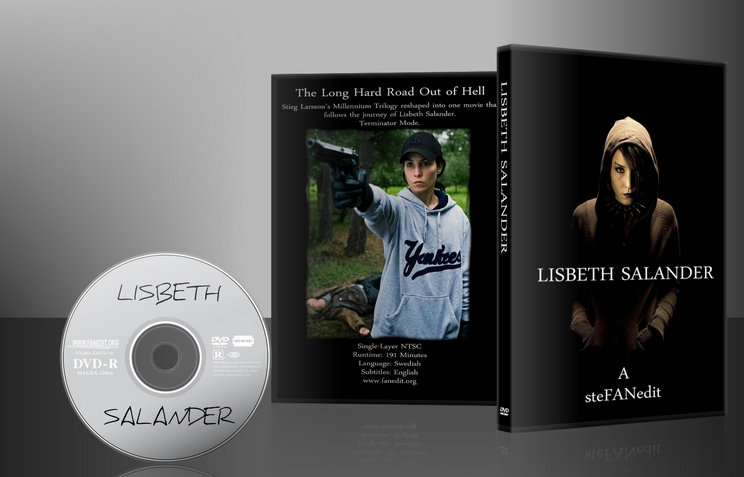 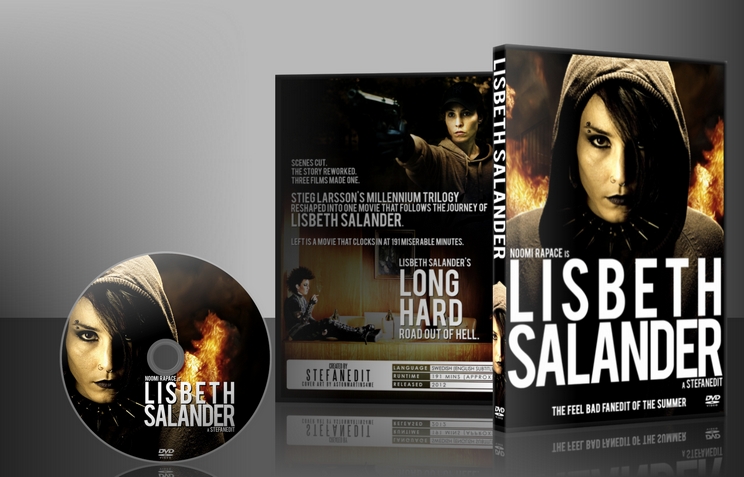