Brief Synopsis:
The Office is one of my all time favorite comedy shows with Ricky Gervais performance as David Brent a real stand out performance. Since The Office Ricky Gervais movie career has been a little hit and miss so i wanted to edit both series and the xmas specials into three 60min episodes.

The edit focuses more on the merger of the two branches which was more of sub-plot in series 1. The edit focuses more of the antics that occur during the staffs working hours and removes all footage that takes place outside of work.
Intention:
The concept behind the edit was as if the film makers went 'here you go here's over 5 hours of footage make/tell a story over 180mins.'
Release Information:
Special Features
cast/special guest commentary track on episode 1
Cuts and Additions:
key cuts 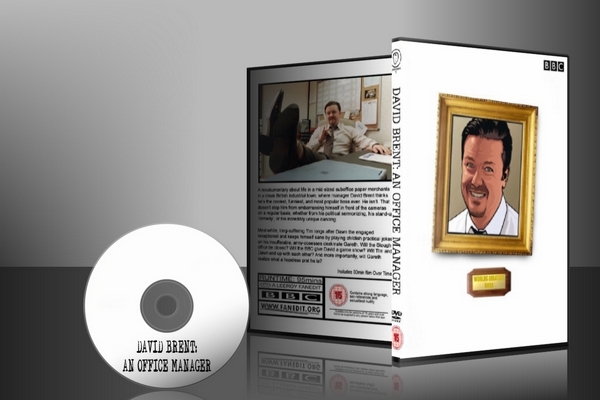