Brief Synopsis:
This edit removes parts of the original Battlestar Galactica movie/pilot that most often receives criticism. The casino planet, and planet destruction at the end. Instead this links the story directly to the storyline in Lost Planet of the Gods which I always felt built upon the series mythology.
Intention:
To give a more epic presentation for the "first" Battlestar Galactica story, and removing some of the sillier or dated portions such as the casino on Carillon, and trying to shift the focus of the new pilots away from the sexist seeming "women" have to learn to be pilots.
Special Thanks:
Special thanks to Bionic Bob for the idea and inspiration for this edit. Got me back into playing around with an edit, where I had not felt the interest for some time.
Release Information:
DVD
Special Features
Short video: The Exodus from Kobol
Short video: Cylon assault on the Borellian home world
Editing Details:
In combining these two stories, the original a 3 part story, and the second a 2 part, I had to look into which scenes could go to shorten the run time, yet not lose key parts of the story. In this I found the story really began to focus on Adama, Apollo and Serina as the main character arcs moving from the open, to the close of what was Lost Planet of the Gods.

Starbuck, Boomer and the others are still there, but a little more secondary than what they may have been before. But there is still plenty of Starbuck... can't totally get rid of that guy!
Cuts and Additions:
- Story focuses on key characters of Adama, Apollo and Serina.
- Cassiopia's origin as a socialator shifted to where she is now and always was a med tech.
- Removal of casino and Ovion/Cylon subplot. Carillon is now a resupply point and the fleet moves on.
- Shortening of dinner scene at the beginning of what was Lost Planet of the Gods, since it would seem rude for them to have a feast while parts of the fleet are starving.
- Added in special effects that I created for my previous fan edits, showing battles now taking place on the surface of the asteroid and Kobol.
- Other additional new effects used throughout the edit.
Cover art A by Bionic Bob (DOWNLOAD HERE) 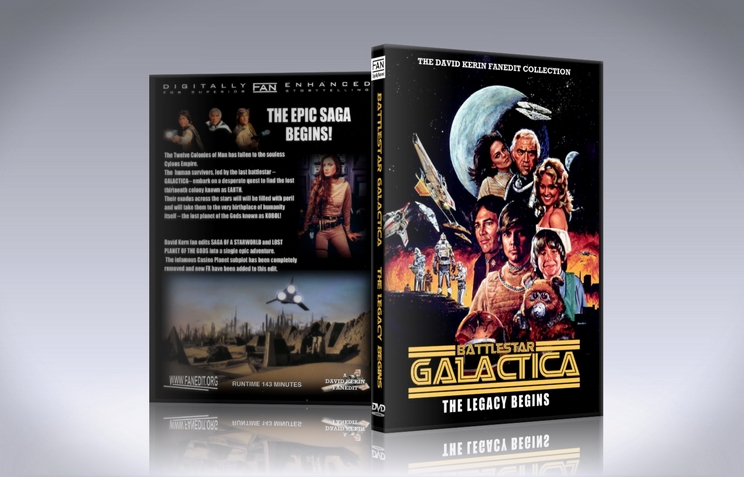 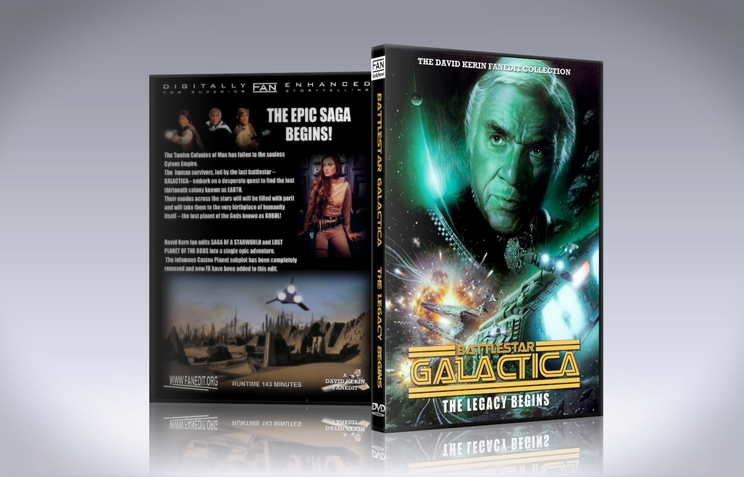 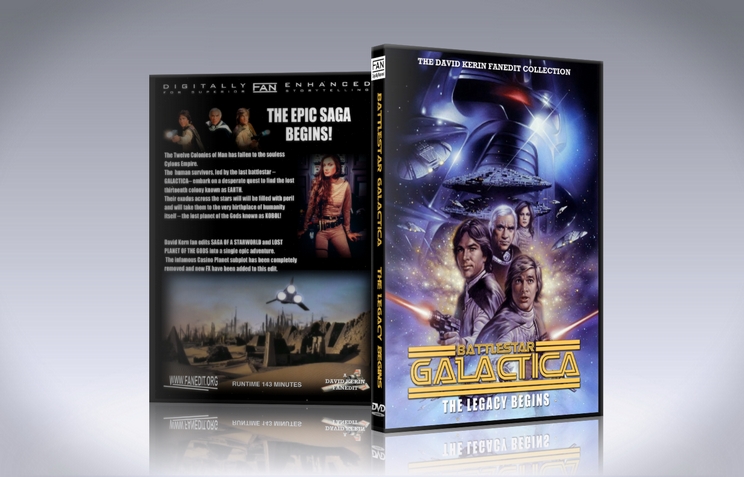