Brief Synopsis:
The Babylon 5 Project aims to focus on the arc stories of the TV show by creating a series of films. This creates a more streamlined rewatch of Babylon 5 for those who want to maximize the arc without having to watch the mostly stand-alone episodes with arc storylines in them.
Intention:
Babylon 5 has such a riveting arc based story that I've returned to watch time and time again but I'm not a big fan of the standalone episodes. However, many standalones do have some arc based storylines which are paid off later. I wanted to craft a new way to watch the series which creates an "all killer, no filler" B5 experience. Some films would just be three or so episodes strung together because of how heavily arc concentrated they are. Other films need to be built from the ground up from the pieces of many episodes which creates new viewing experiences and slightly changed narratives. The Babylon 5 Project also looks to exorcise some loose plot threads that don't pay off down the line.
Release Information:
Digital
Editing Details:
This film brings season 4 to a close and covers three episodes: "Between the Darkness and the Light", "Endgame" and "Rising Star". There are two notable episodes that are missing: "Intersections in Real Time" and "The Deconstruction of Falling Stars". The former is a fantastic performance from Bruce Boxleitner but when you remove it, it doesn't really affect the plot at all. "Deconstruction" is such a strange and wonderful episode with a shocking finale but, again, really doesn't do anything for the five-year story of Babylon 5.

One addition I made is adding the scene between Sheridan and Lefcourt from the "In the Beginning" TV movie that takes place just before the Earth-Minbari war. I wanted to juxtapose where Sheridan started to where he ended and it gave me a chance to make a bit more of a connection between the two characters.
Cover art by subjectzero (DOWNLOAD HERE) 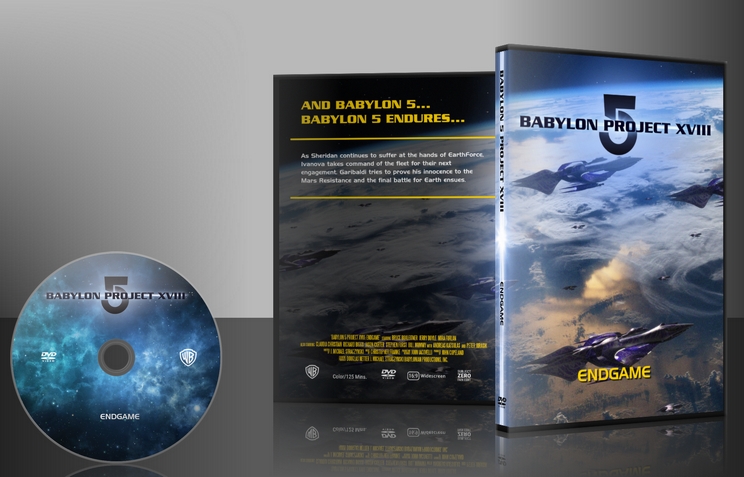