Brief Synopsis:
The Babylon 5 Project aims to focus on the arc stories of the TV show by creating a series of films. This creates a more streamlined rewatch of Babylon 5 for those who want to maximize the arc without having to watch the mostly stand-alone episodes with arc storylines in them.
Intention:
Babylon 5 has such a riveting arc based story that I've returned to watch time and time again but I'm not a big fan of the standalone episodes. However, many standalones do have some arc based storylines which are paid off later. I wanted to craft a new way to watch the series which creates an "all killer, no filler" B5 experience. Some films would just be three or so episodes strung together because of how heavily arc concentrated they are. Other films need to be built from the ground up from the pieces of many episodes which creates new viewing experiences and slightly changed narratives. The Babylon 5 Project also looks to exorcise some loose plot threads that don't pay off down the line.
Release Information:
Digital
Editing Details:
This film takes the first half of season 5 and condenses it down into a single film. The telepath storyline is probably the single most disliked thing about season 5 and I wanted to edit it down to the bare minimum. It turns out that it's actually a very good story when you remove most of the padding.

Most of the changes here are just to streamline the telepath story so Bester only visits the station once, the singing is almost non existent, and the telepaths are not recruited by Garibaldi (although he tries). I've also completely removed Lockley and Sheridan being married since it adds nothing to the plot—after it's revealed it's just forgotten. Also removed is the assassination attempt.
Cover art by subjectzero (DOWNLOAD HERE) 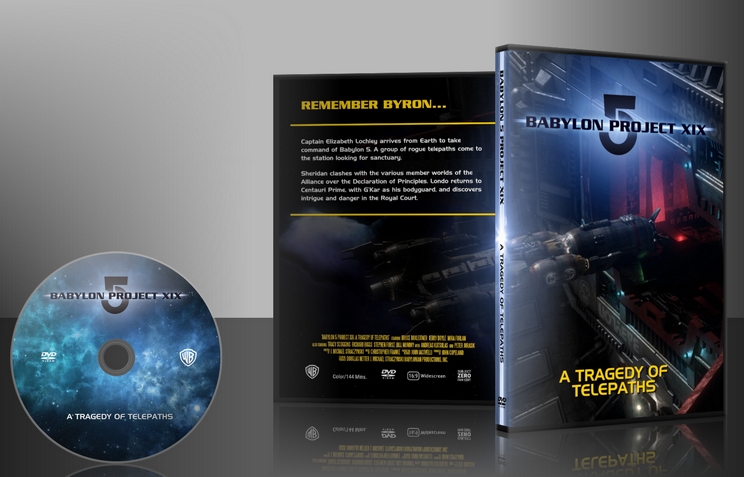